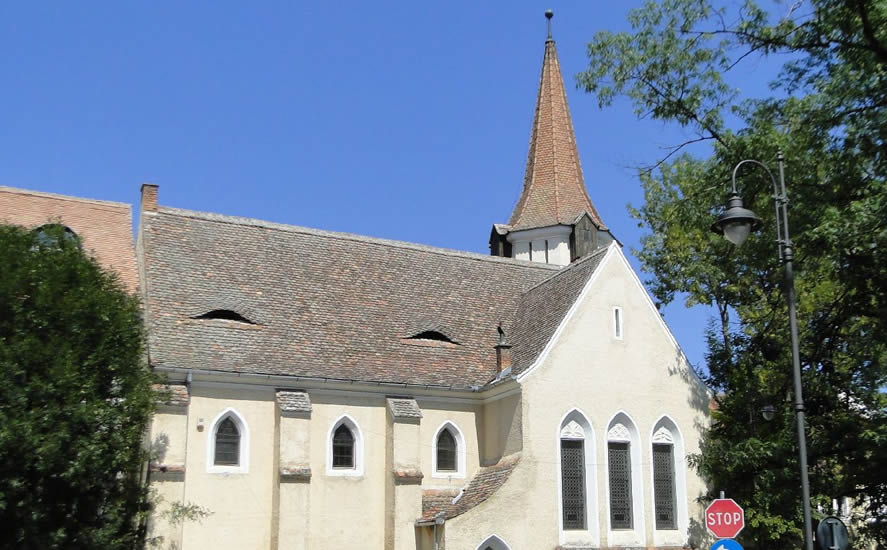 The whole complex of buildings was built between 1881 and 1883 to serve as an orphanage for the Evangelic C.A. community. The Neo-Gothic church was built in 1883, on the 400 years anniversary of the birth of Martin Luther.
Between 1911 and 1912, it was demolished due to the danger of it collapsing and a new church was built along with a house for the priest.
At the same time, the construction works on Bastionului Street continued.
The church has the shape of a cross, the octagonal tower of the steeple being situated in the northern part and the four towers on the corners were preserved.
The edifice preserves today its aspect from the 20th century.