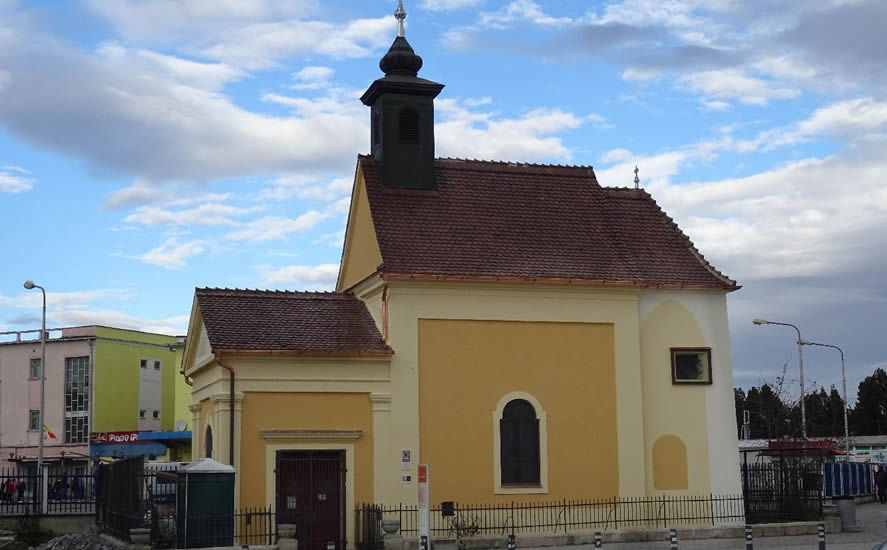 At the beginning of the 13th century, a Dominican monastery existed on the present location of this church.
The church belonging to the monastery sheltered a statuary group made in 1417 and representing "The crucified Jesus flanked by Mary and John".
The crucifix was made out of a single block of stone 7.30 meters high and it was placed above the altar of the Dominican church.
In the 14th century, due to the Tatar danger, the Dominican monastery and church were relocated inside the fortress, the former monastery being used only as a shelter for the poor from where its name became "The church of the suffering".
Following the siege of Sibiu by the Hungarians in 1659, the cross was buried in rubble and mud for 24 years.
The Crucifix was brought out to light again in 1683, and the chapel within which the Holy Cross can be found at the present was inaugurated in 1755.
Starting with 1954, the chapel is declared a historical monument.