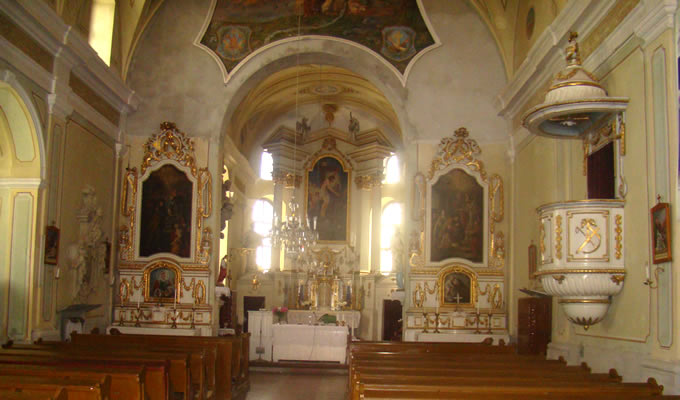 From outside, the church has a gothic aspect. The initial building dated from 15 century and in time it acquired many baroque elements which can been seen today.
The church was property of the Franciscan monks since 1716.
The interior of the church is completely modified, the edifice getting the aspect of a late Baroque monument. The nave is barrel vaulted on arch bands and has triangular penetrations.
On the north wall is an epitaph of Hugo von Virmond dated 1722.
Inside the church can also been seen a cenotaph dedicated to the baroness Arianna Andlern (1700) and a Gothic sculpture (15-th century) in polychrome wood, entitled "Madonna and infant".
Inside the church are various stone graves not open for the public.
The old monstery, in square plan and closed precincts, is nearby the church.