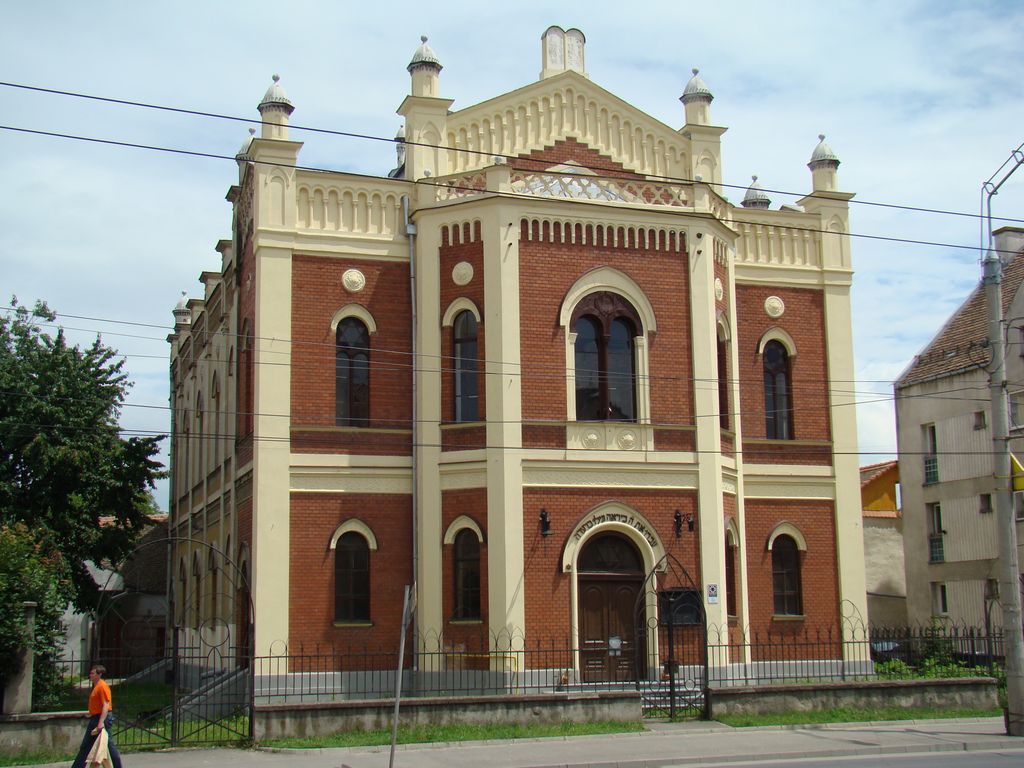 In 1898 the Jewish community in Sibiu obtained the amounts of money necessary to built a synagogue.
It is composed of a single body on a rectangular plan.
The Neo-Gothic fatade is dominated in the superior part by a border of Neo-romantic triforia.
The interior has the aspect of a basilica, and the ceiling was built in such a manner as to remind the beholder of the Neo-Renaissance spirit. Placed in the eastern side of the edifice, the chalice has the shape of a semi-circular apse.