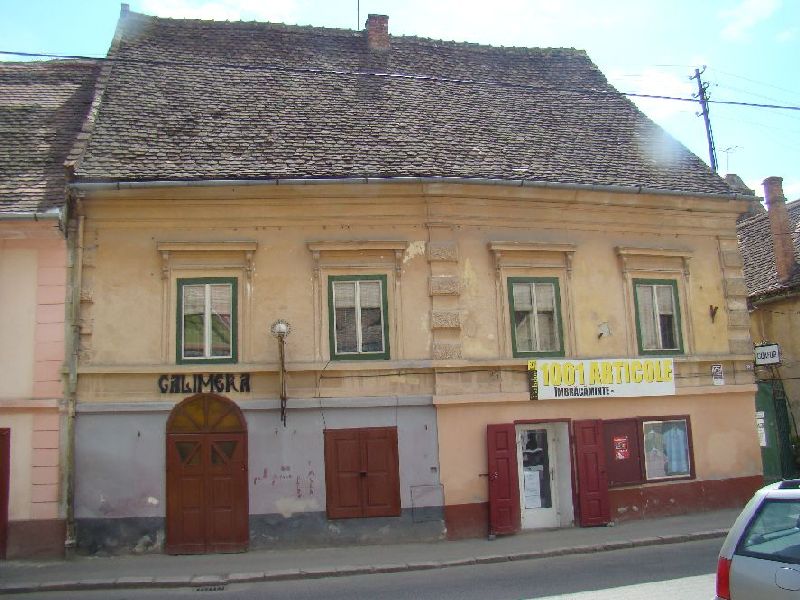 18th century, including elements preserved from the 15th century

Ground floor and upper floor building with a rectangular layout and a four axes facade. On the upper floor the windows have frames and straight-line cornice held on consoles. Sectional eaves with  ridged abrupt roof and the comb parallel to the street.

- Wooden cursive on molten metal consoles (the end of the 19th century).