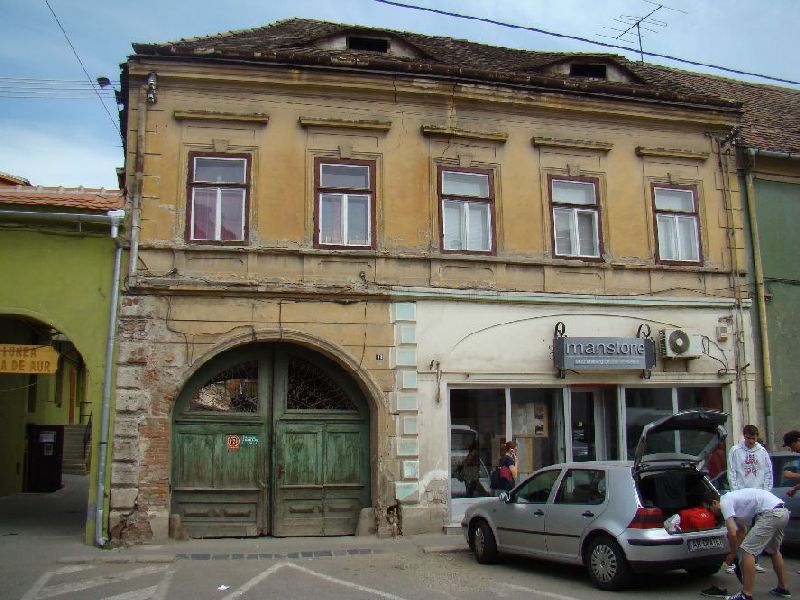 Basement, ground floor and upper floor building with a five axes facade on the upper floor. On the left side there is the semicircular rounding corridor with a wooden gate. Towards the street the roof has two ridges and two eye skylights.

At the end of the 19th century Therese Sigerus put up a kindergarten here.