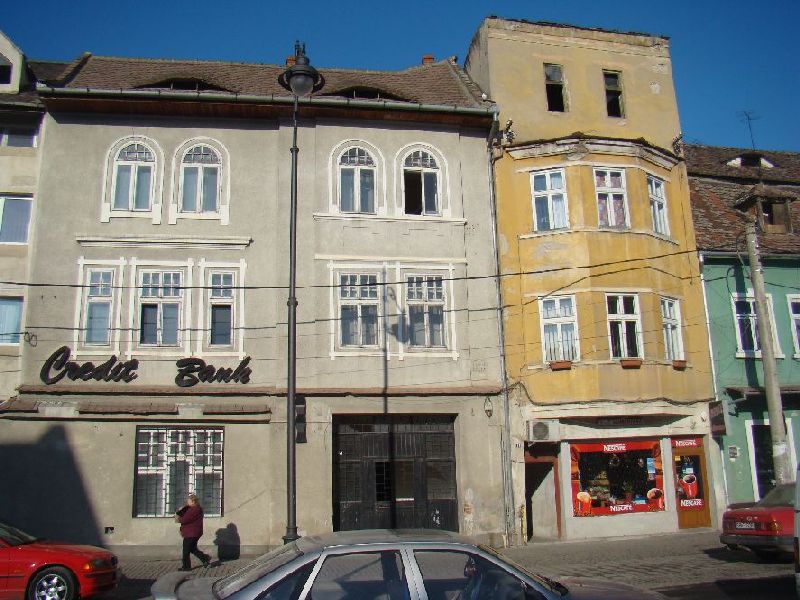 Basement, ground and two upper floors building with the shorter side towards the street and the longer one on the parcel’s right side. Prominent eaves, ridged roof, the comb parallel to the facade, two eye skylights.

During the inter-war period it was the National hotel of Gustav Dengler.