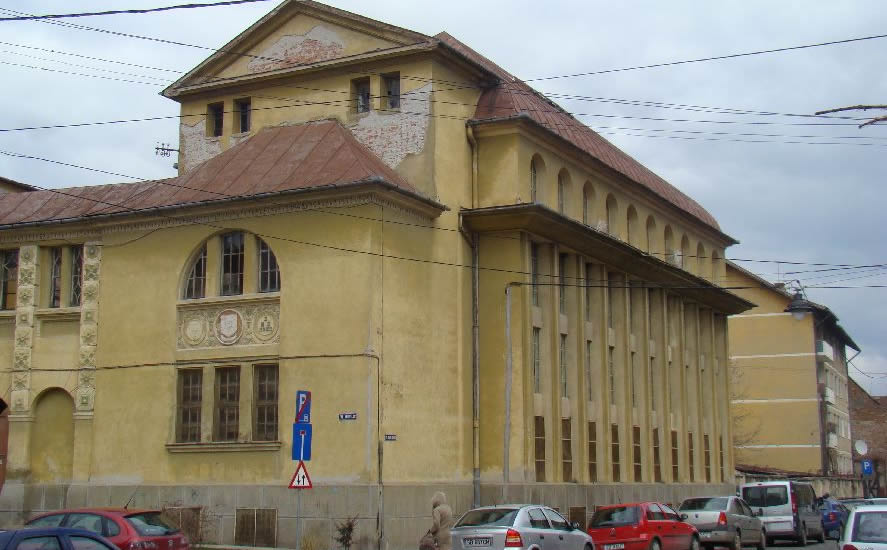 The characteristic of the construction is the separation of the administration of the warehouses in two different buildings connected by a long corridor, a measure taken as a precaution in case of a fire.
The administrative building on Arhivelor Street is different due to the colossal pilasters and the column supported entrance gate.
To the left, there is a sort of bow window, and the central part is structured on seven lines. In the center, four pilasters with Ionic column heads separate the three lines. The date of the construction is written above the pedestrian access.
The body on the right is a corridor connecting it with the body which shelters the warehouse.
It was built in the Art 1900 style, with eclectic elements, being the work of architect W. Josef Bedeus, as it results from the Schwerin archives.

The city archives are attested in documents as early as 1463. Documents referring to historical events which took place in the period between 1009 and 1984 are sheltered here.

In 1923 the National Archives moved from the City Hall into a building of its own, the first construction in the country dedicated to the safekeeping and preservation of the archive heritage, where it still functions today.