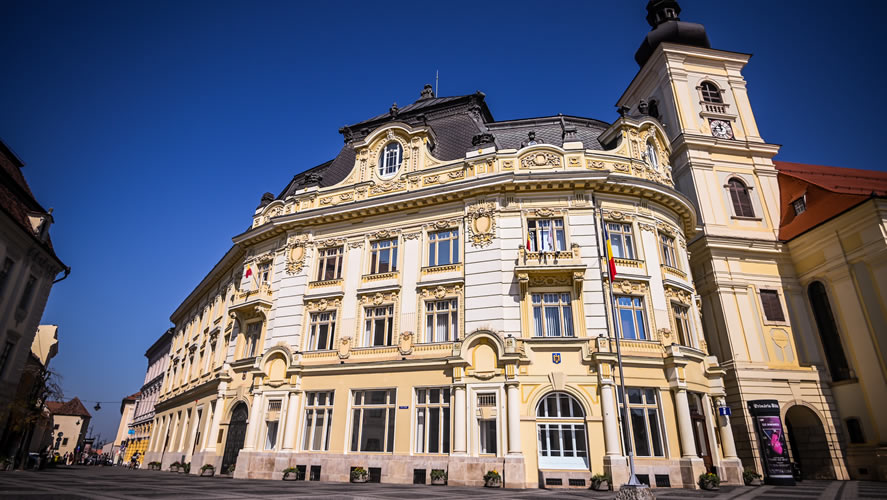 The first pharmacy in Sibiu functioned in one of the old houses existing on this location, having been opened in 1494. It initially hosted the Land Credit Bank (Bodenkreditionstalt) and after World War II it functioned as the offices of a series of state institutions, after which it served for many years as the offices of the Romanian Savings Bank.
During the war, in 1941, the cellar was used as a shelter against air-raids.
A bus terminal with a waiting hall and a ticket sales office for bus and train trips opened here in December 1937.
Nowadays, the building, completely remodeled, is hosting the headquarters of the City Hall of Sibiu since 2006