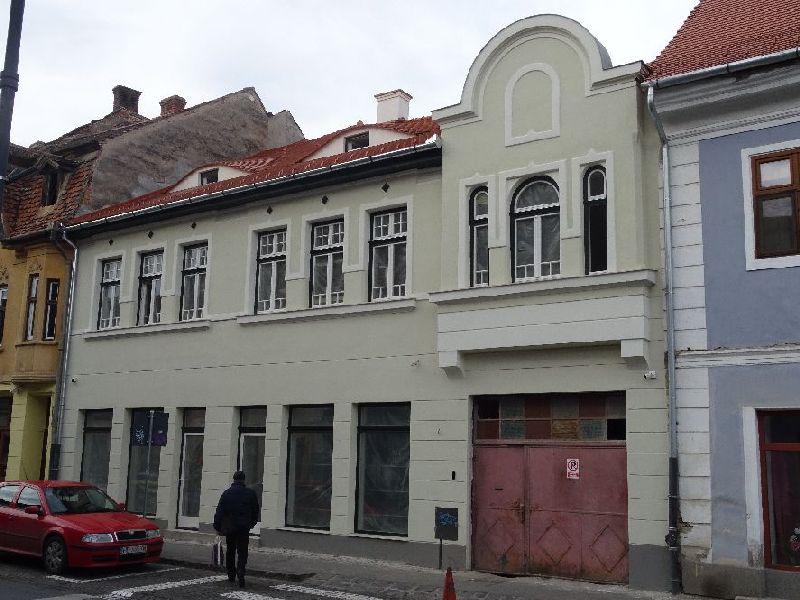 A Seccesssion style ground and upper floors building. A flat ridged roof with the comb parallel to the street and two eye skylights.

In the first decade of the 20th century on the ground floor there was the soap and candles “Rudolf Henter” Shop, the assignee of “Breckner” Soap Factory from Alba Iulia; During the Inter-war period there was a restaurant and during the Communism there was the “Veterinary Chemistry’s”, opened in 1960.