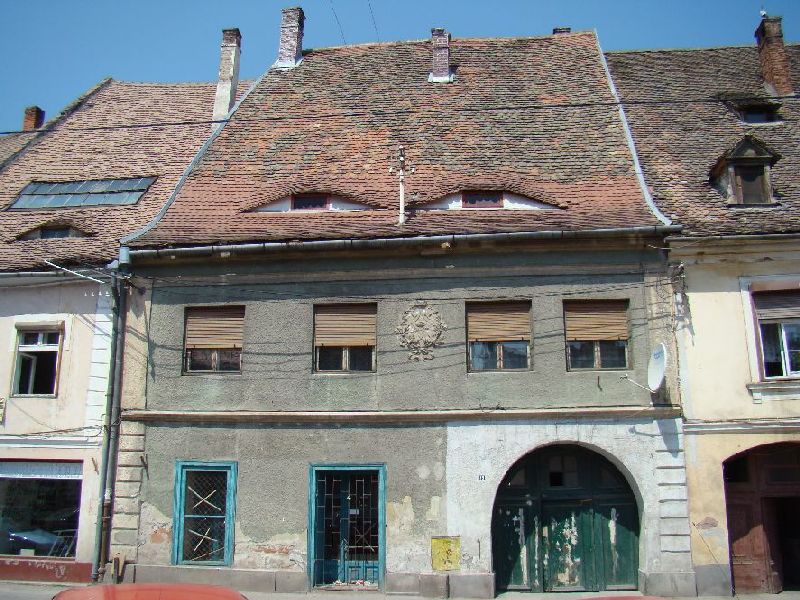 carpentry from the end of the XIXth century, four axes on the upper floor and ’’lezene” lateral ornaments. The two  high medieval roof has a comb parallel to the facade and two eye skylights.

- On the upper floor there is a locket with Sibiu’s emblem enclosed in an oak garland and two hands which hold each other in token of a greeting; it dates from 1865;
- In an upper floor room there is a stucco ceiling with vegetal traceries, dated in two of the corner scrolls 17/77. In the third scroll WA is written and in the fourth one there are illegibly signs.

Here was the ‘’Organization of the Workers’ Education”,set up in 1865.