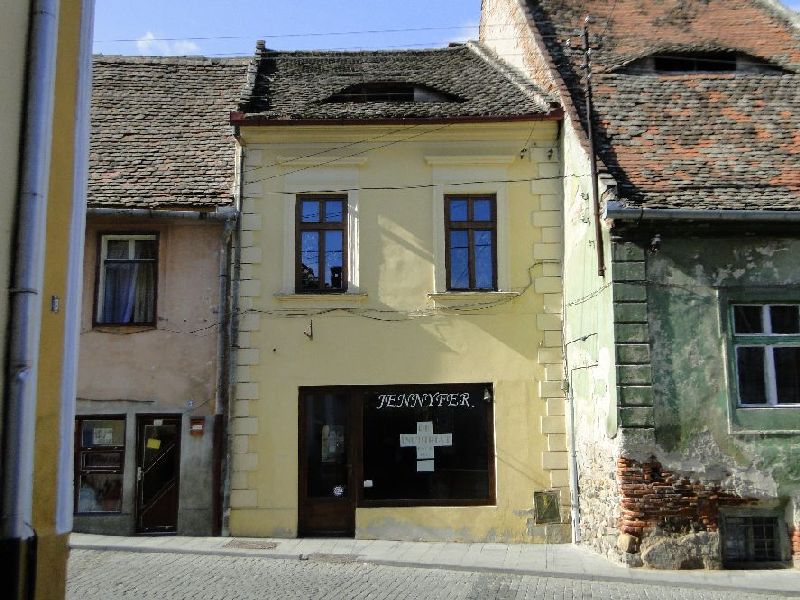 The valuable aisle has the façade through “Ocnei” Street and it is supposed to be built in the 16th century. The building has a ground floor, an upper floor and partially a basement and it has a narrow part towards “Ocnei” Street, the rest of the building being between two yards.
The entrance is on “Faurului” Street, through no. 14.