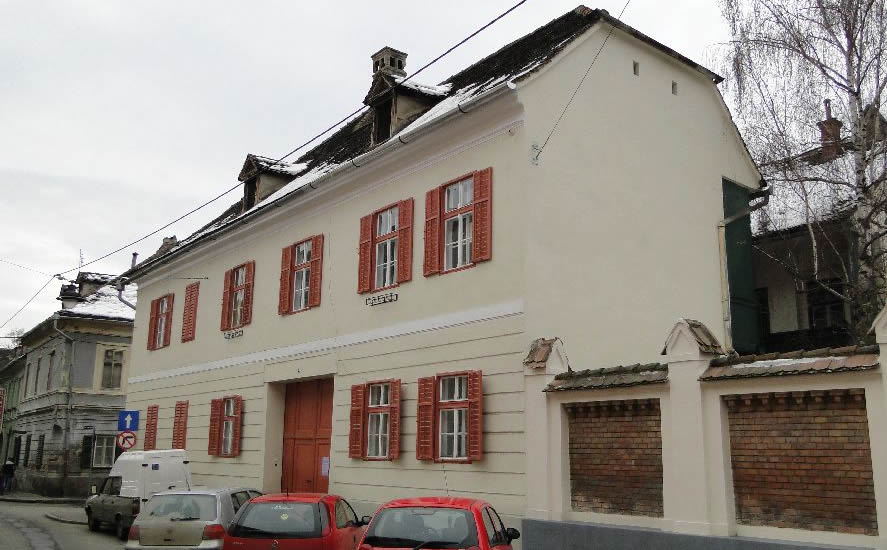 The massive building has a basement, a ground floor and the first floor. It is situated on the corner with T. Popovici Street, access being made through Gh. Lazăr Street. The façade is structured on six lines.
The four-ridged roof displays two large, rectangular, wooden skylights with a triangular pediment. The façade towards T. Popovici Street also has six lines at the ground floor and the first floor.
The roof has two skylights identical to those on the other side.
The gate ironware dates from the 19th century.