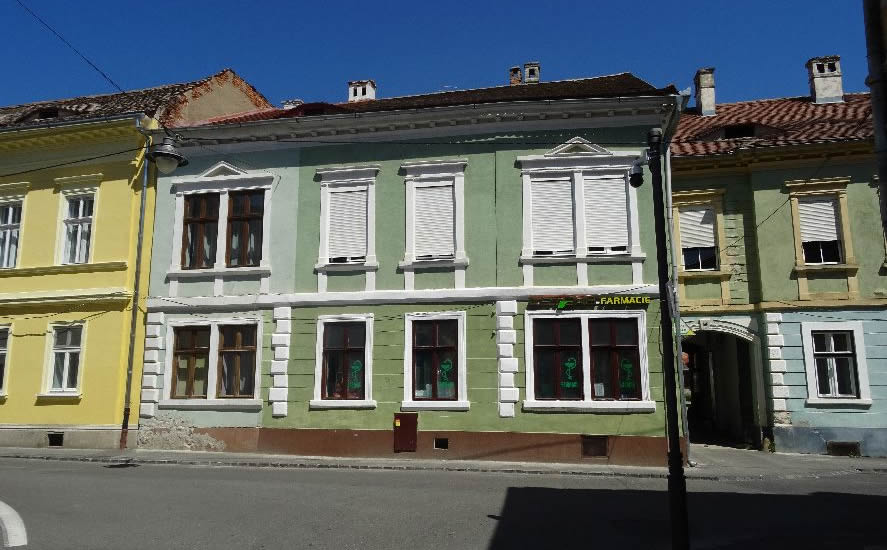 The building resulted from the joining of two houses at the end of the 19th century and the beginning of the 20th century. The left wing has a symmetrical façade structured on six lines. The gutter of both wings is embossed, the intrados being decorated with panel friezes sustained by consoles under the shape of volutes. The ridged roof has a crest parallel to the façade, each of the two wings having two eye-type skylights.

The wooden coursive is supported by wrought iron consoles (the end of the 19th century), access to it being made through two staircases situated on the left hand side, one of them being partially covered.