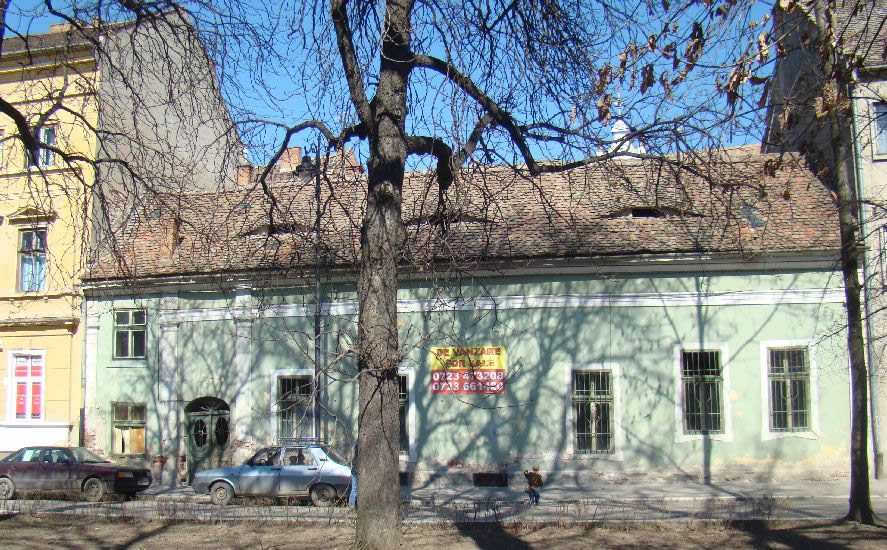 the beginning of the 20th century

The building is formed of a basement, a ground floor and a partial first floor. The edifice resulted following the unification of several buildings. The façade is structured on seven lines disposed on different levels. The ridged roof has a crest parallel to the street and three eye-shaped skylights.