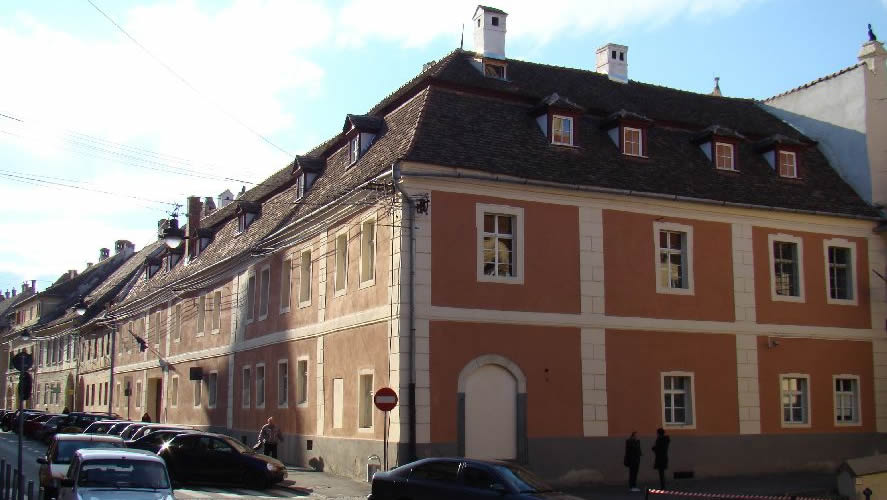 Basement, ground floor and upper floor building located on the corner of Odobescu Street. On  Mitropoliei Street, the facade is structured on thirteen axes and it is marked by stucco capitals. Attic, two level roof, with six rectangular skylights with triangular gables.

Here was the Campaign Pharmacy, the second oldest from Sibiu, which since 1795 was privatized. At the end of the 18th century the house was under the property of Franz Theodor Issekutz who in 1832 sold it to  I.C..Molnar. The house will remain in the MoInar family until 1899 when it was bought by the City Hall, which moves here a part of its offices and services.