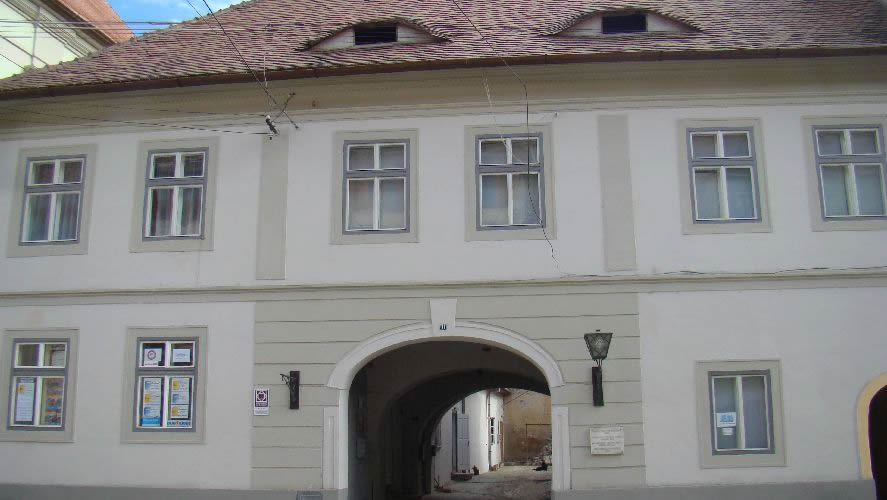 Medieval building, transformed almost simoultaneously,at the same time with the construction of the Reformat church. To the six axes upstairs facade, it corresponds,on the ground floor, five axes, the two axes from the right , being formed by a small window and the access corridor to Xenopol (semicilindrical vault). Three ridged roof, two eye skylights.

The old reception hall(which is a house nowadays)from above the access corridor has an even ceiling, decorated with plaster rosettes

The house built at the beginning of the 18th century was bought in 1786 from Samuel von Brukenthaly the Reformed Church as a parsonage.
During 1930-1948 here functioned the reformed Primary School.
Under the building, there is the corridor which bounds with Xenopol Street, a corridor which appeared by obstructing Balului Alley. The estimated age is around the year 1500.