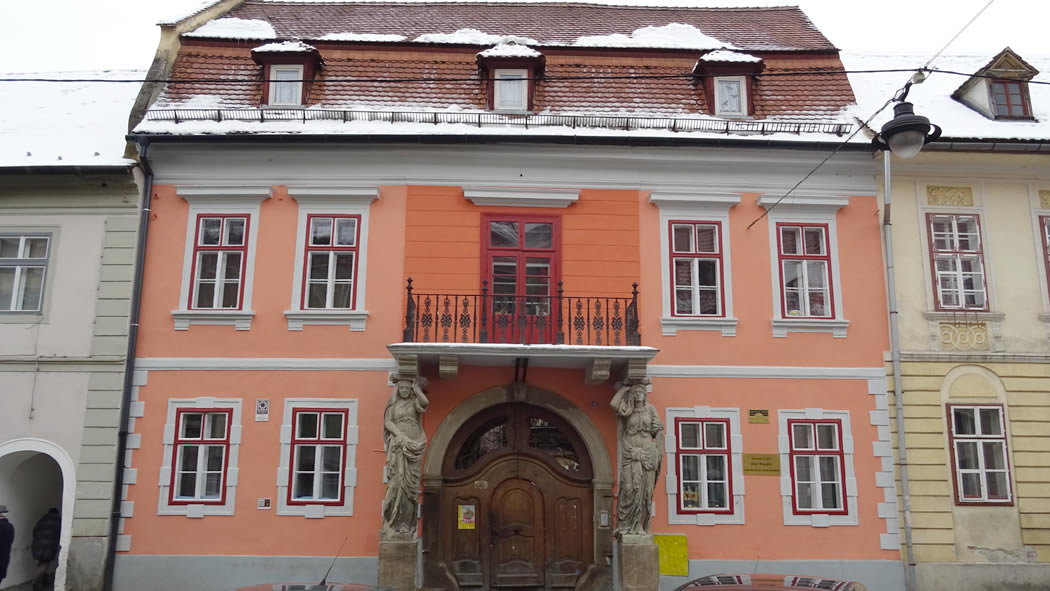 Basement, ground floor and upper floor house, having the short side towards the street. Baroque symmetrical facade, with a axis vaulted portal, with stone terminals, guarded by two stone caryatids which support the balcony. Ridged, attic roof, with the ridge parallel to the facade which is ventilated by three ridged eye skylights. In the rooms, there are linear ceilings which keep the ceiling stuccos.

-  Two stone statues representing two young women, placed  on  1.00 m high stone pedestal; the height of the statues: about  2.80m; they support the balcony. The sculptures might come from Simon Hoffmeyer’s workshop

- The passageway in the courtyard is covered by semicylindrical vaults
- The oak gate, with three vertical registers, with the little gate cutin the middle,is decorated with curved frames and it keeps the Baroque hardware and grid

On the place of the present house there was the house of the well-known and appreciated aurifaber master Sebastian Hann (1644-17130)
Initially, instead of the balcony there was a bowindow with two columns, an enablement and a gable. During the 1849 battles, there was a fire which destroyed the floor of the house. When it was restored, the upstairs bowindow was replaced by the present balcony