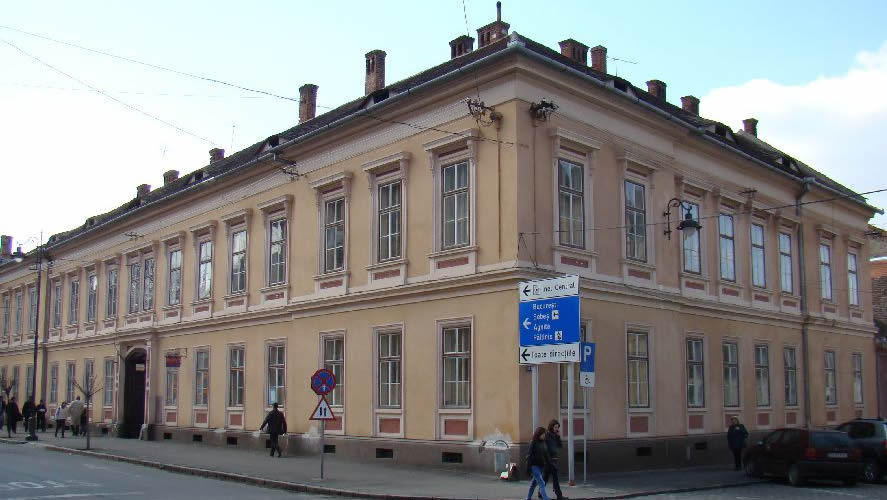 Massive, basement, ground floor and upper floor building, it is located with the three wings on the  I. Lupaş, Mitropoliei (the longest base) and  Tribunei Streets.
The decorations consist of profiled frames with rectangular panels in front of the balustrade, which are upstairs surmounted by cornices supported by consoles; separation cornice between the levels, frieze and cornice under the eaves. Ridged roof, which has wings with eye skylights.

- The corridor is cross-vaulted (four flattened spans, on double arches) with edges highlighted in profiles
- The large, three ramps scale, situated on the left side of the gang,displays a hardware railing with floral ornaments
- The staircase decorated with niches allegorical statues (three of four were kept)

Here was the 12 Artillery Brigade Headquarter (which came Piata Schiller) until the completion of the construction of the barracks from Calea Dumbravii.
During the interwar period here was the Wine warehouse Michael Hager.