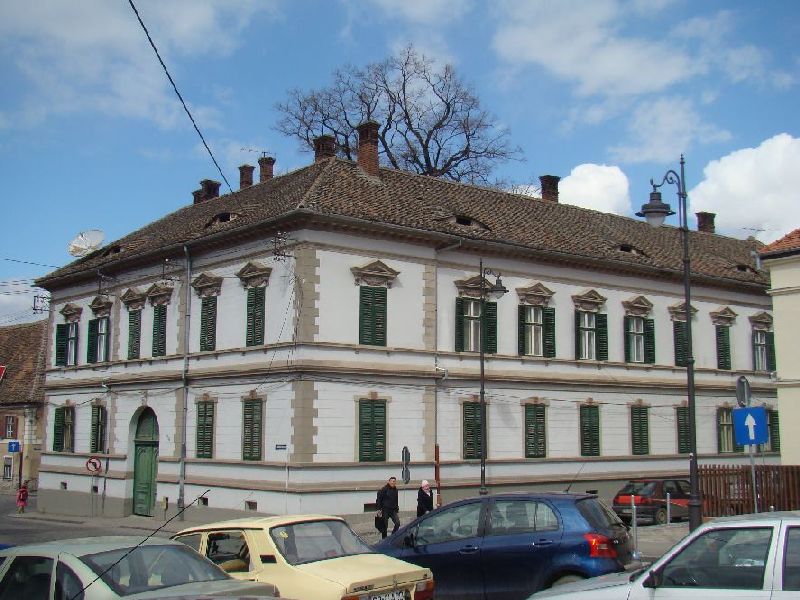 A building placed on the road crossing of ’’Odobescu”, ’’Mos Ion Roata”, ’’Konrad Haas” Streets towards which the facades have 6,9 and 3 axes. The facade has neoclassicist ornaments; the windows habe shuttles with adjusting strips. On ’’Odobescu” Street there is a high arched entrance with a human mask above.

- The corridors’ ceiling has mural painting;
- The stairway has the original rampant and metal fittings

A building made by the director of the stirring’s factory (on “Turnului” Street), Johann Georg Göbbel who was also the owner. At the beginning of the 20th century dr Ilie Beu lived there and the writer Erwin Wittstock lived there during the inter-war period