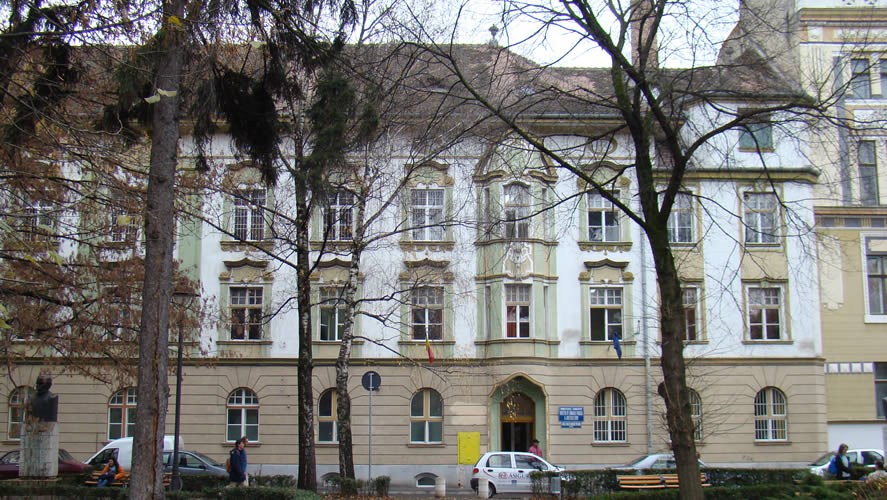 No. 3, George Baritiu Street
The building was erected in 1906, on the location of the former Habermann baths, which were built in 1880.
The destination of the building was that of hospital and it was built by the General Savings House, at the initiative of Karl Wolff.
The building is decorated with motifs taken from the Baroque and Art Nouveau repertoire (such as the decorations of the entrance gate). The building was purchased in 1934 by Dr. Martin Luther who opened here the Martin Luther Clinic. The Clinic functioned here until July 1st, 1945 when it was closed.
On August 19th, 1945 the Social Insurance Hospital was inaugurated. At the present day the Surgery and Orthopedic Ward within the Pediatric Clinic Sibiu unwinds his activity here.