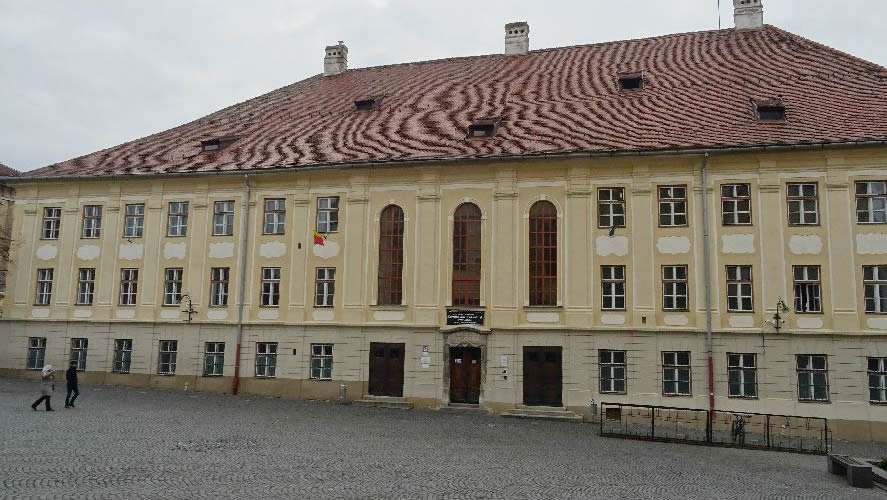 Today's Samuel von Brukenthal College building was built by master Franz Burger between 1779-1781. The building's finishing lasted until 1786. It is a baroque building on three levels, with central entrance. It was built on the site of an old school that was documentary attested in the fourteenth century. On the ground floor there are two rooms preserved from the old school that have medieval and cross vaults. The roof has four slopes. The facade towards the old city hall has some buttresses for consolidation.

In 1783, the school is visited by Emperor Joseph II. On February 25, 1917 in the auditorium gymnasium the official opening ceremony of the Brukenthal Museum takes places; between 1944-1946, the Red Army used the school building as a military hospital. In 1982, scenes from the "plecarea Vasinilor" movie are filmed here and directed by Mircea Dragan.