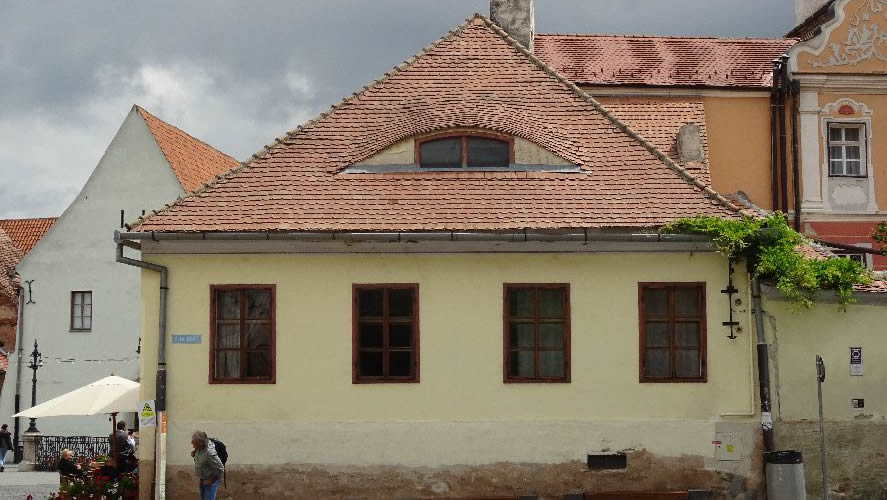 The current appearance dates from 1831 when the chapel that existed here in the fourteenth century was demolished and was incorporated in today's house. From the old chapel it is preserved the polygonal apse with painting remnants (St. Christopher, St. Stephen's head in the stoning scene).

Originally destined for a chapel, the construction was started only from the room that solved the house's corner towards the square and the adjoining polygonal room.

The chapel was destroyed by a fire and turned into a home in 1831 by adding the rooms towards the courtyard and outbuildings, plus the basement (the chapel had no basement). The painting was discovered in 1940 by a painter working on interior design.