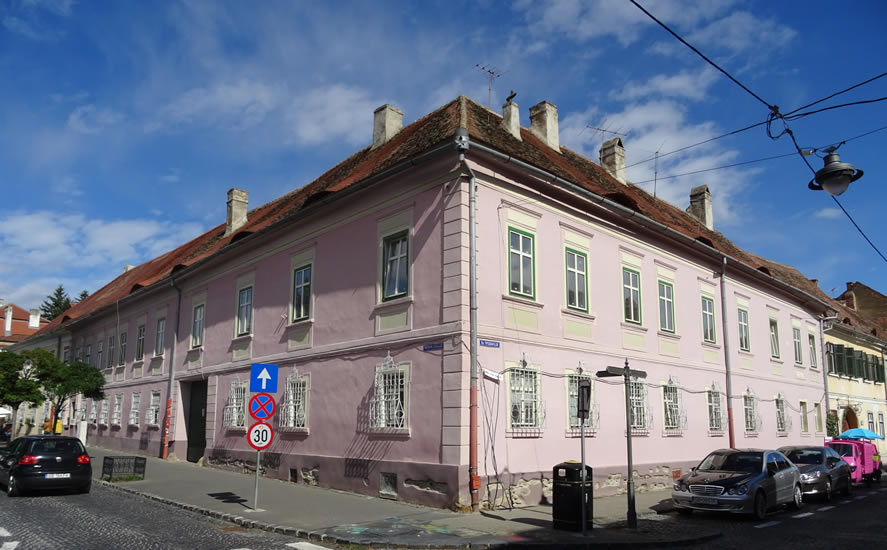 The edifice is formed of a basement, a ground floor and the first floor. It is situated at the crossroad with Tipografilor Street. The façade looking onto Schiller Square is structured on nine lines, the fifth being the rectangular gate passageway. The ridged roof has a crest parallel to the facades, displaying three eye-shaped skylights on each side. Three of the four chimneys situated towards Tipografilor Street have a traditional shape.

- The window grid is made of wrought iron, decorated with a classic urn

The army used this building until the 19th century. The Work School of the General Association of Evangelic Women was installed here in 1900 until 1907, when it moved in the new building on Filarmonicii Street. For a short period, the 4th Husar Regiment orderly room functioned here, in the former location of the school. A wine cellar was opened in this building in the period between the two World Wars.