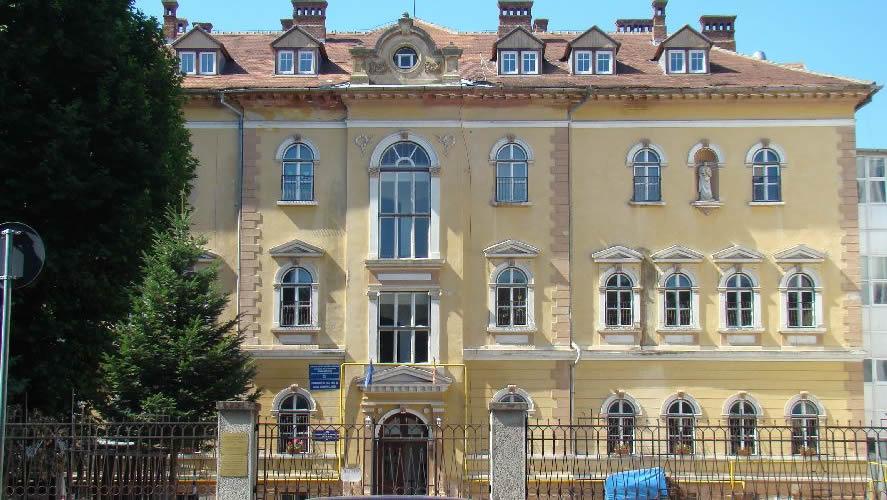 The Art Deco building looking onto the street dates from 1939, having been built by ASTRA after a design belonging to architect A. Cernea.
A house built at the beginning of the 19th century by Franz Hummel existed on this location having been built for "La Leul Alb" (The White Lion) Inn and was purchased by the Romanian community in 1859. The fist telegraphic office opened in this building on August 20th, 1853 and will function here until 1874, when it was relocated on Mitropoliei Street.
A two story-high building was erected in the courtyard in order to host the Romanian School. The Civilian Superior Girls’ Boarding School of the Association was built in 1886 according to the design of architect Maetz.
On June 15th, 1919 “The Civilian Girls’ School” transformed into “The Girls’ High School”, under the State’s patronage. On December 22nd, 1924 the high school received the name of “Domnita Ileana”. The school’s boarding house also functioned here. The boarding house of the University in Cluj was also hosted by this building between 1941 and 1946.
The special school for persons suffering from hypoacusis functions here at the present.

The old building in the front:
It hosted the offices of ASTRA until 1905.
Iosif Şuluţiu-Sterca lived here during his last years of life. Ioan Borcia also lived here.