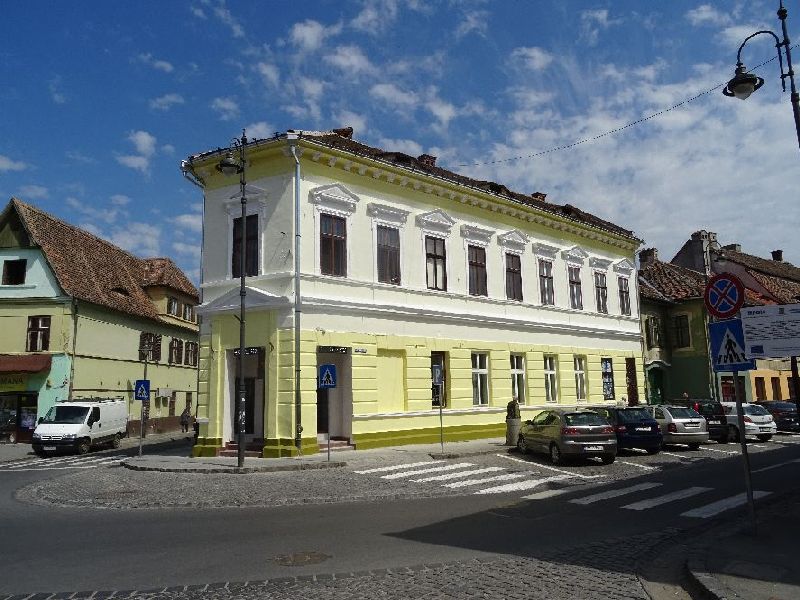 Basement, ground floor and upper floor building situated at the intersection with Faurului Street and it displays a wing on each street, articulated in acute angle. Towards  Tordăşianu Street the facade has fourteen axes (with the arch corridor) and towards Faurului Street nine axes.the decoration consists of stuccos downstairs and neoclassic framing upstairs. The roof has eye skylights.

Building erected by the tailor Johanna Göllner in 1899 on the place of two properties bought from Emma Nossek.
Eugen Rummler “Genfer Kreuz” /”La crucea genoveza” Pharmacy opened in April 1899, after the war it moved to 14 Turnului Street. Instead there is opened   A. Henrich & W. Müller leather factory showroom.
After the Second World War here moved the R.A.T.A. Bus Station until  1964, and after that there was opened the P.T.T.Office  (the Post Office).