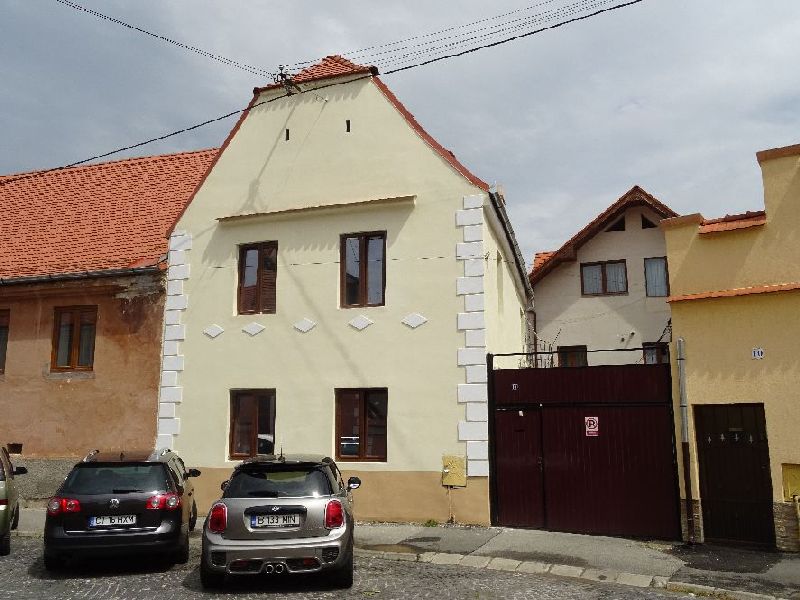 Rectangular building with ground and first floor, with the short side to the street. The façade has two windows axes and on the upper part of the first floor a moulded ridge covered with tiles to protect the windows. The street façade is topped by a half hip gable with two small rectangular bird-windows. The half-hipped roof with ridge perpendicular to the street has two eyebrow dormers on the slope towards the court.
On the back-end façade one can still see the marks of a Gothic triangular gable.