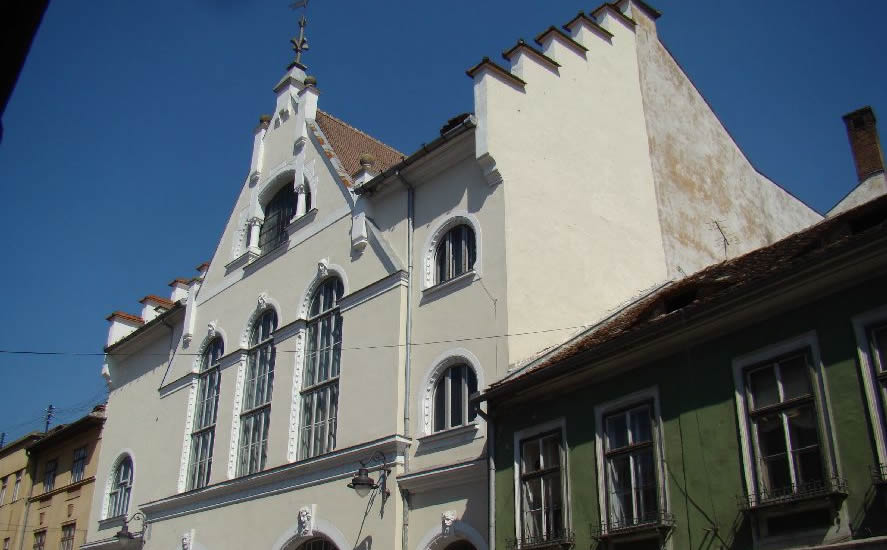 A Secession style building formed of a basement, a ground floor, the first floor and an attic. The ground floor presents numerous arches, the central room standing out due to its four panes disposed in a cross shape, on a massive central column, as well as due to the plaster decorations with vegetal motifs (grape vine).

- The wrought iron staircase railing presents elegant vegetal motifs.
- The Secession style façade decorations include human masks disposed on the four lines; The ones in the middle are supposed to be representing the owners, Mr. and Mrs. Kirscher.

The Kircher’s Unicum Café & Restaurant opened here. At the beginning of the century it had a small dining room and a game lounge. Unicum Hall opened at the first floor, being used for meetings and festivities. In the period between the two World Wars it will turn into the Unicum Restaurant which will continue to receive its guests here until 1990.

The former Unicum Hall at the first floor closed on March 1st, 1945 and cinema Capitol opened here following the initiative of Iosif Ritivoi and I. Racuciu. It was the most modern movie theatre in town. It changed its name several times, first into “Timpuri Noi”, then “Tineretului” and finally “Arta” Movie Theatre.