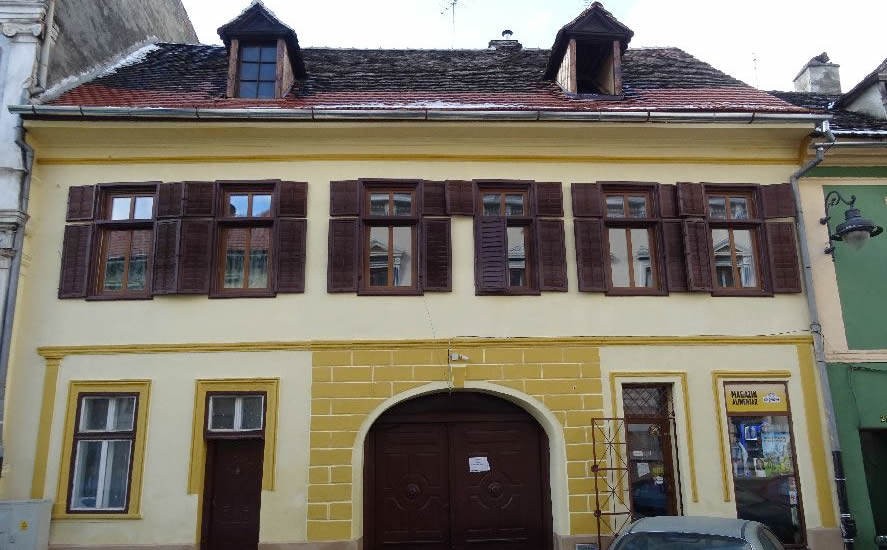 The building is formed of a ground floor and the first floor. It has a symmetrical façade displaying within the line a basket handle portal. The six windows at the first floor are equipped with shutters formed of double-register slats. The ridged roof has a crest parallel to the façade and two tall skylights covered with a ridged roof.

In 1866, J.F. Zacharides opened a bindery which will remain opened until around World War I.