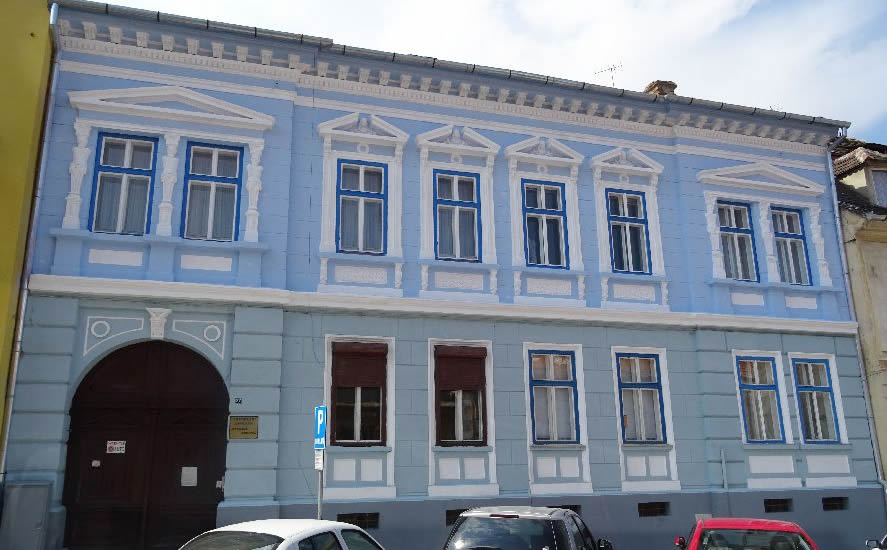 The building is formed of a basement, a ground floor and the first floor, its longer wing looking onto the street. It displays a richly decorated Neo-Classical façade, with two jutties at the extremities. The circular arched portal of the passageway is found on the left hand side, with a double wooden gate highlighted by profiled borders. The ridged roof has a crest parallel to the façade and eye-shaped skylights.

Professor Nicolae Cristea lived here at the beginning of the 20th century.