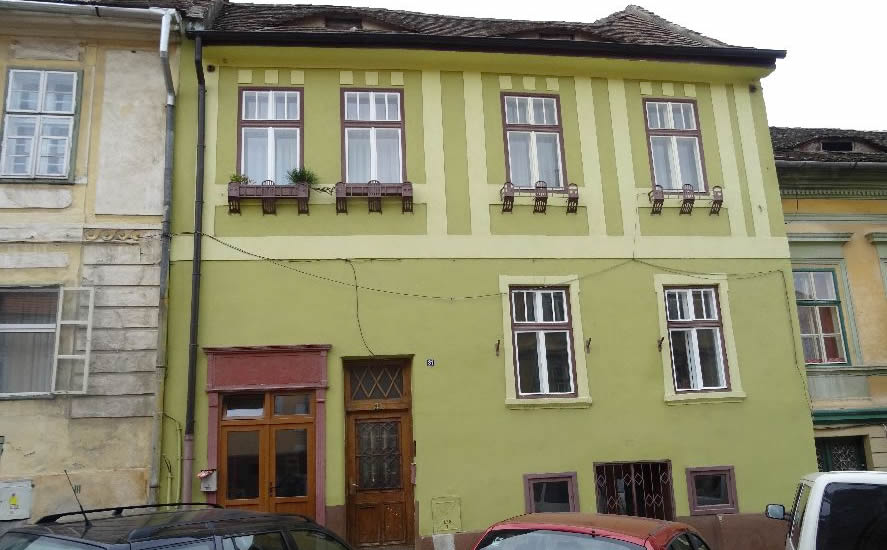 The building is formed of a basement, a ground floor and the first floor, displaying four lines at the first floor. The passageway was blocked by a commercial space which was built here, thus remaining a single pedestrian access. The flat ridged roof has a crest parallel to the street and two eye-shaped skylights.

Hermann Otto’s Confectionary Shop (Otto being the owner of the building as well) was opened on the left hand side in the period between the two World Wars. The present day building still preserves the door entablement from that time.
Nicolae Ivan, editor of “Telegraful Român”, lived here at the end of the 19th century.