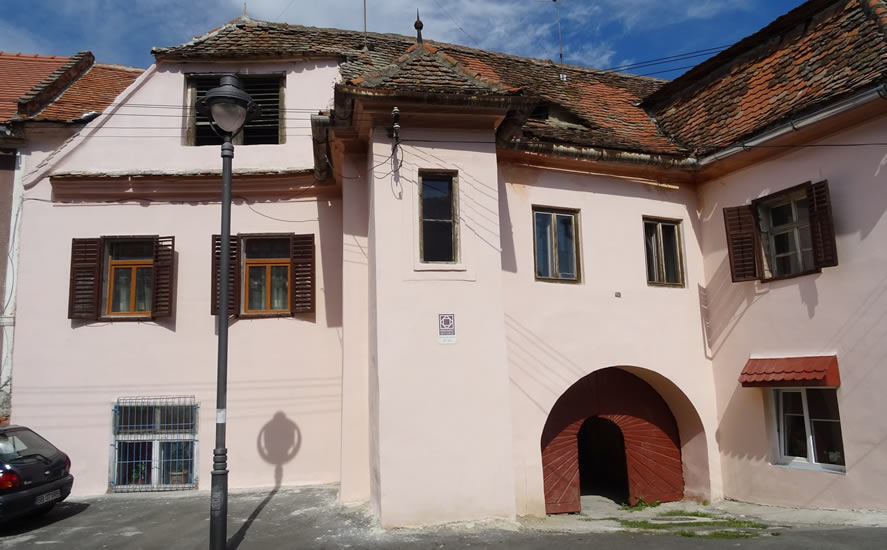 Building made up of six wings arranged between  Vopsitorilor and  Zidului Streets. The main bulding has a jutty towards the street and it is made up of ground floor and floor. To this building was also attached the attic on the left, and in the 18th century a wing with ground floor and floor on the right. Upstairs there are two adjustable slats windows. The central part is marked on the ground floor by an ample semicircular corridor. On the roof, there is an eye skylight.

The wings facing the Zidului street have an industrial style.

On the ridge of the roof there was until not a long time ago, a ceramic statuette (18th century ?) representing St. Florian, the potter’s patron under the form of a Roman soldier who carries a spear on the right, while with the left hand he pours water from an urn, and also a wing flag from  1794.

Here was  V Rudolf  Mühlsteffen’s Vinegar and other Food Products Factory, whowas also the owner of the buildings.