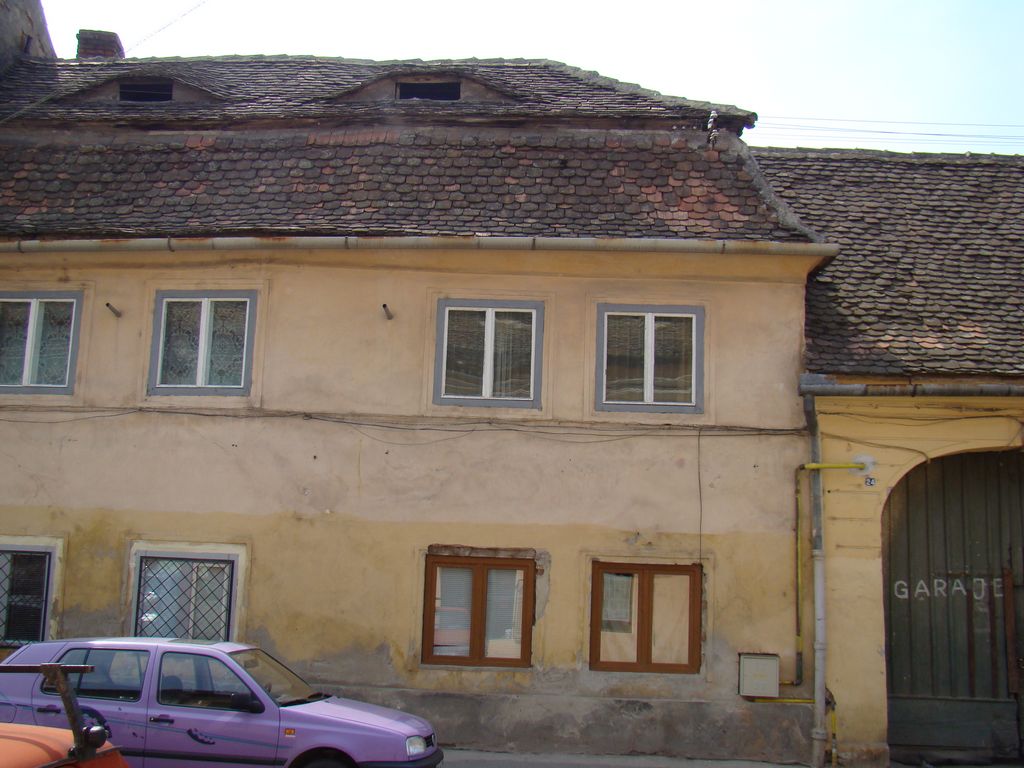 Building formed by many aisles which initially were part of two different houses which were brought together in  the 18th century. Towards the street, on the right side there is an aisle with a four axes ground floor. On the left side a basement, ground floor and upper floor aisle and a two ridged mansard roof with two eyeskylights on the second ridge.

- Storefront (metallic roll) and a door, both having a 19th century carpentry