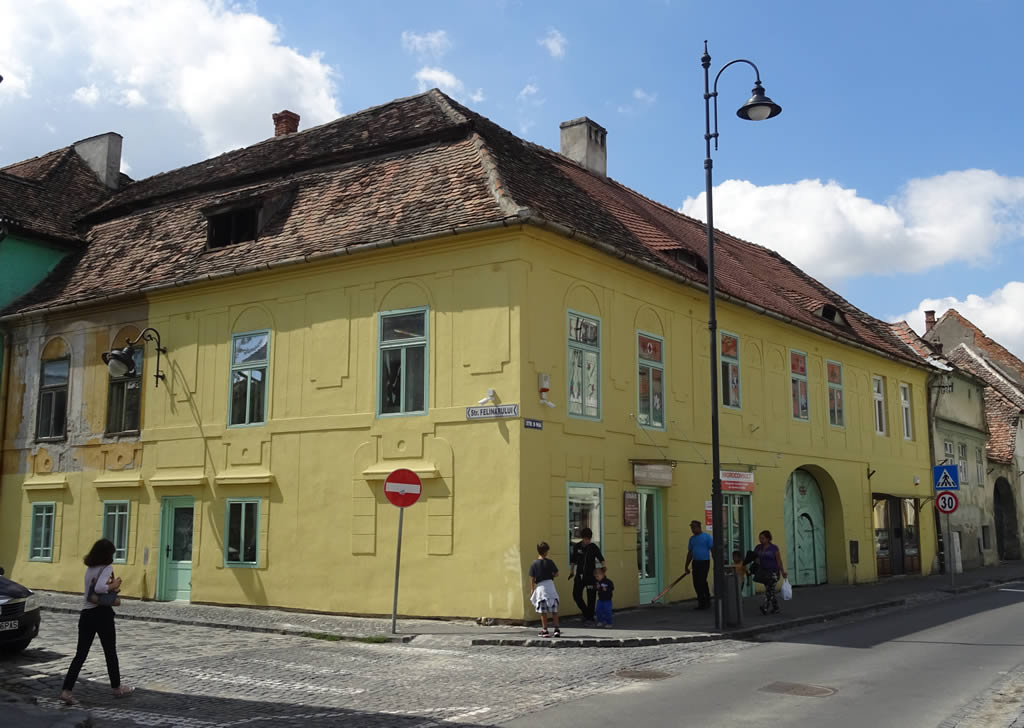 Building formed by two houses brought together. The facade is towards ’’9 Mai” Street (ground and upper floor) having seven axes placed at random on the upper floor.
Between the windows there are decorative panels with geometrical elements (the end of the 19th century). Two ridged roof for each aisle and two eye skylights.