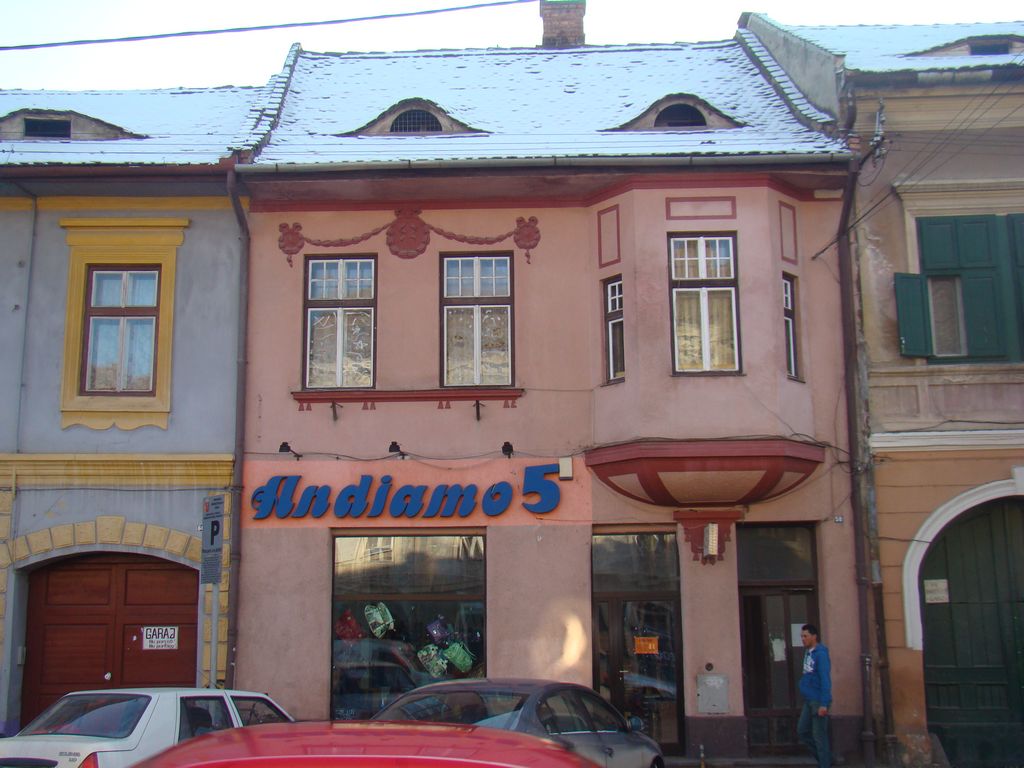 Basement, ground and upper floor building. Three axes placed at random on the ground floor. On the upper floor there are two windows followed by a three-sided bowindow on the right side. Prominent eave,  ridged roof, the comb parallel to the facade and two eye skylights.