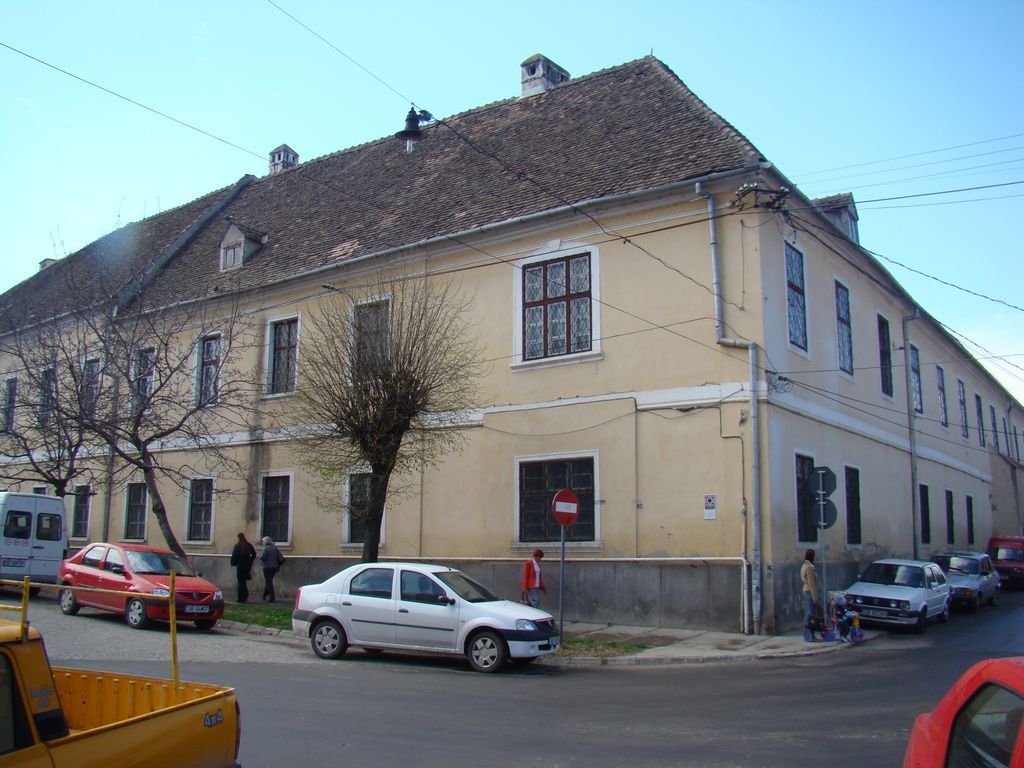 It is mentioned as the city arsenal in 1427. The name of Kempel comes from the lake that once existed here in which the waters of a spring coming on the Filozofilor Alley was flowing.
Conrad Haas, a pioneer of the stage rocket, activated here as a city guard between 1529 and 1569. The oldest part of the building is the Northern wing parallel with Filozofilor Alley, dating from the 15th century. The wing situated in Armelor Square was rebuilt in the 18th century.
A defense tower, which was part of the fourth fortification precinct, was integrated to the north-west in 1457. The building west of the tower was owned in the 15th century by county administrator Tobias Hetzeldorfer. The part of the building looking onto the square was rebuilt in 1784. The building hosted an inn, then the arsenal and then a military garrison. The Military County Center functioned here between 1980 and 1990. At the present, the building is still in the property of the Army, functioning as the area headquarters of the Center of Domains and Infrastructure within the Defense Ministry.