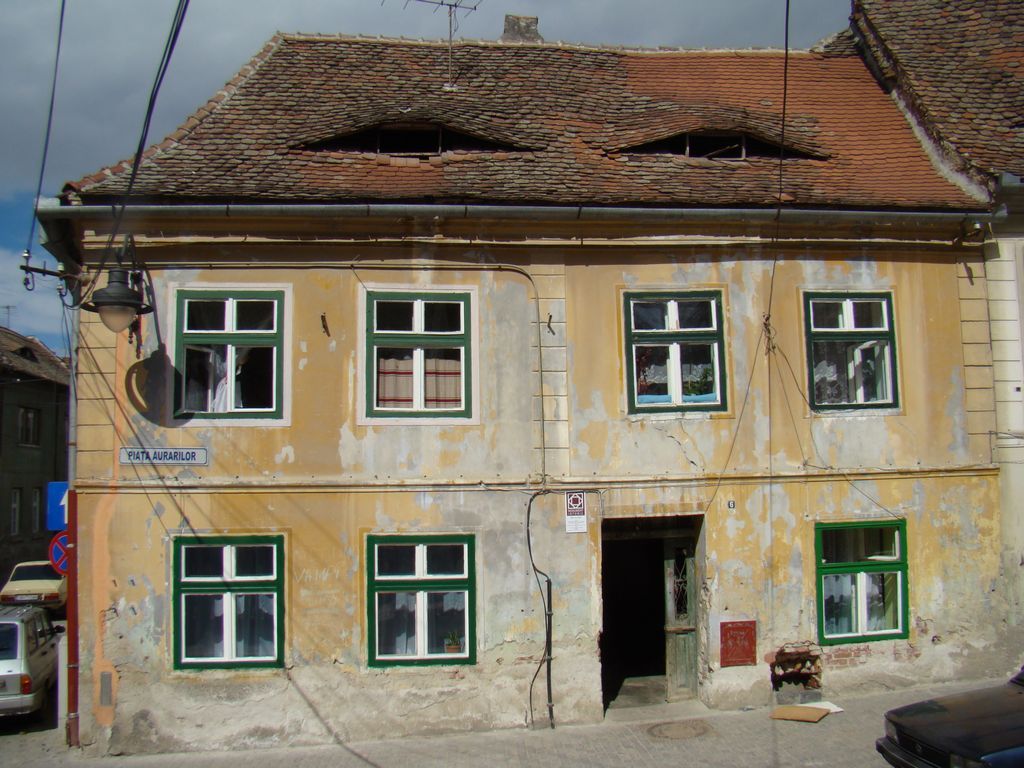 The facade towards Aurarilor Square, rural type with a trapezoidal pinion is structured on four axes. The roof, with a steep down-grade, with two eye skylights is facing the square. The side facade  Argintarilor Street has two relatively spaced axes.