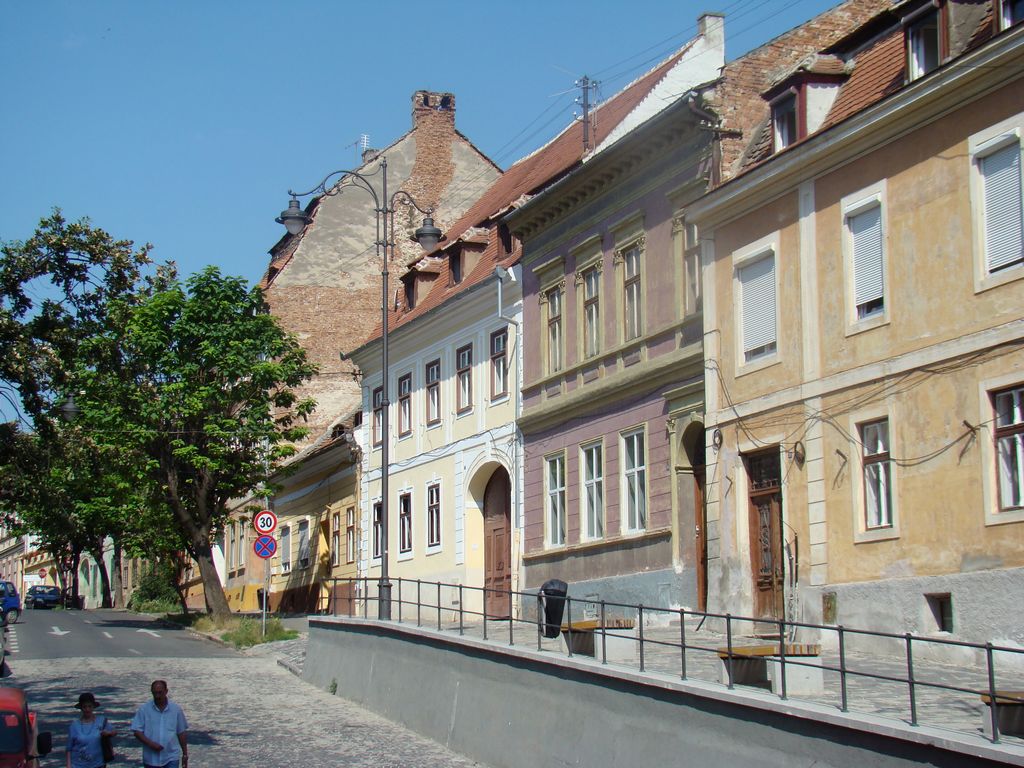 It is one of the oldest streets in the town, since the second half of the 15th century, when the work on the second ring of fortifications was completed.
It was inhabited by rich craftsmen, and afterwards by the town’s patriciate; for centuries, this street was the best address in Sibiu.
In 1556 it appears under the name of Reyssbargas, in 1776 it is called  platea oryza and since 1875 it is called  Reispergasse until 1919 when it receives the present name of  Avram Iancu, with the exception of the years 1948-1970 when it was called  23 august Street.
In 1736 the location of a pipe fountain is mentioned. The fountain was placed in front of no.1 house, it was decorated with a colossal stone shell on which a Latin inscription from the year 1637 could be read.
The buildings on the left, numbers from 7-11 have the yards supported on the citadel’s old wall, the 3rd precinct (1366) or even have inside defense towers, as it is the case of the houses from no. 9, 13, 19 and 31.
Avram Iancu Street was connected to Gen Magheru Street through a two-vaulted bridge. The bridge, together with the neighbouring house was demolished in the middle of the 19th century, in order to expand the access.
Halfway down the street, on the left, the School’s Passage starts through a tunnel that connects the lower city ( Movilei Street).

Commenting is not available in this channel entry.