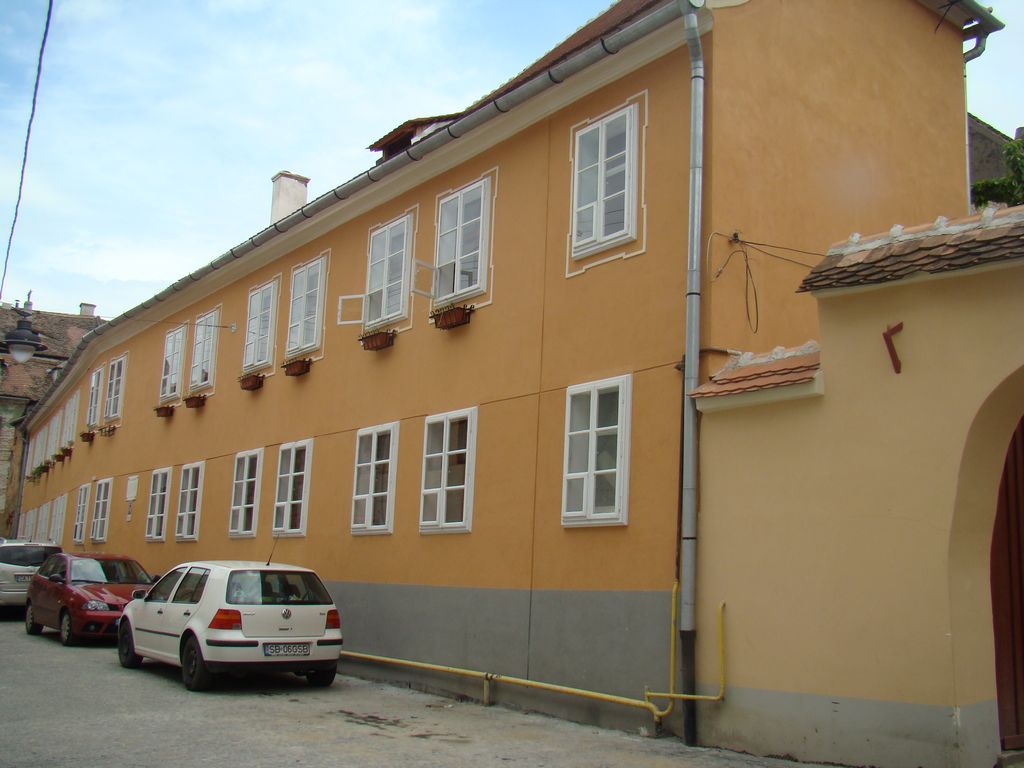 The Asylum Church and The Asylum (for old people) were mentioned for the first time in 1292 when the church of the Crusaders Order- “St. Spirit” organized the first hospital for sick and old people in Sibiu. The asylum building has many aisles which form 6 interior yards linked through vaulted narrow gangways. The oldest aisle is placed parallel to “Azilului” Street, dating from the 13th century. Towards the yard, the building has a loggia from one side to the other, a superposed loggia formed by simple arcades on the ground floor, lying on thick rasps and with narrower opening to the upper floor, like windows.
The ground floor rooms are cross-vaulted.
The west side aisles towards “Turnului” Street were built step by step three centuries later. On the entrance gate towards “Turnului” Street the period 1587-1775 is grooved in wood (probably the contruction year).

- in the first yard there is the ledger of a child (T.W.) who died in 1574
- Outside there is the old tower bell. It is the oldest bell heard nowadays in Sibiu: it dates from 1509 and it has the inscription „ad iuva nos deus”. It is 112 centimetres high and 44 centimetres width.