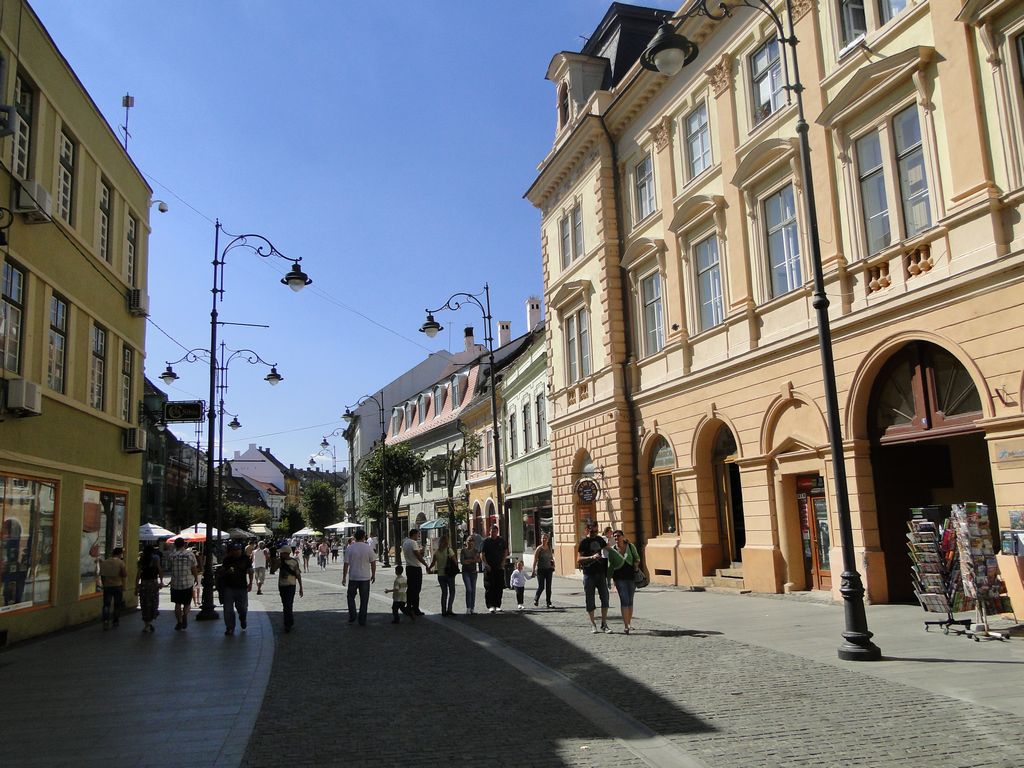 The line of this street was set up in 1492 when it was called Platea Heltensis.
The majority of the houses found here is from the second half of the 19-th century and they are built in a provincial baroque style or the eclectic architectural style.
The houses are located with the short side to the street, the access being provided through massive gates and vaulted corridors, which lead to inner courtyards, enclosed on all sides.
Today it is a pedestrian only shopping street lined with impressive buildings in Renaissance style. It connects the Large Square with the Unirii Square.