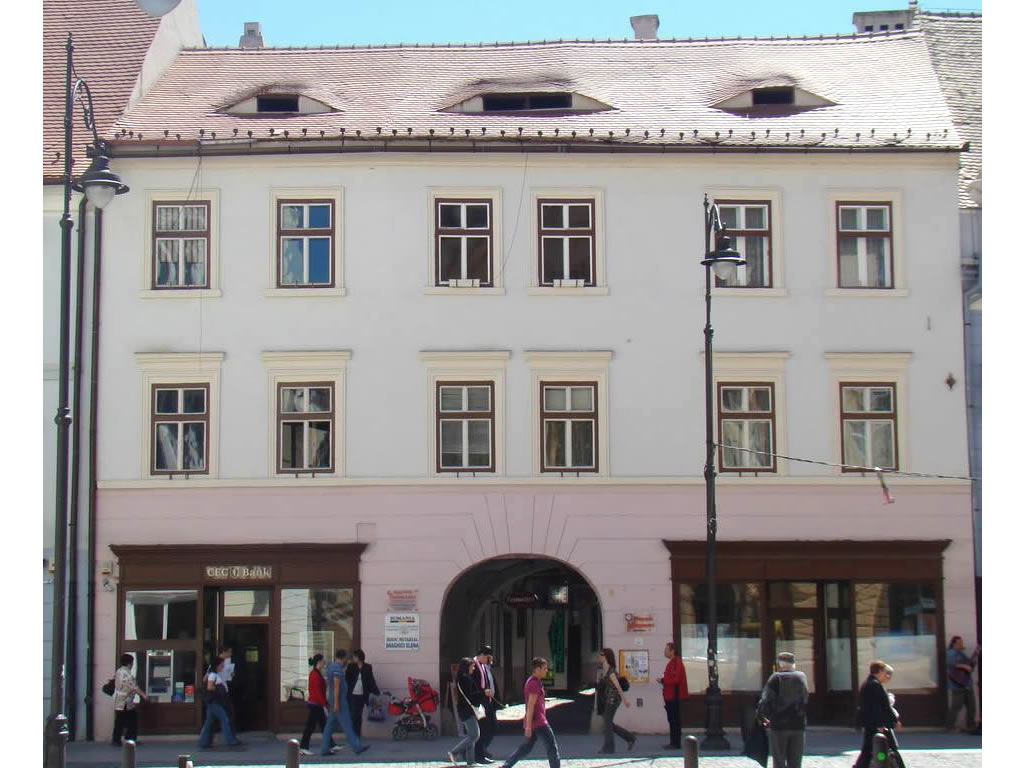 A house consisting of several wings, the main building facing the street made up of ground floor and two upper floors. The six axes facade with a semicircular, central arch portal. The upper floors windows are grouped two-by-two with profile molding framing. The ridged roof,with the parallel ridge to the front,displays three eye skylights.
The courtyard: wooden flow on both sides, located on two floors of the lateral bodies, hardware rampant (the end of the 19th century)

After the middle of the 19th century the building is taken over by Peregrin Neurihrer who will open here the Neurihrer Hotel (with restaurant).  In September 21s 1879 here comes J. Brahms.
The hotel is taken over by Hermannstadter Sparkasse which remodel the building by adding the second floor and the street showcases. The new building is opened at the beginning of the year 1898.