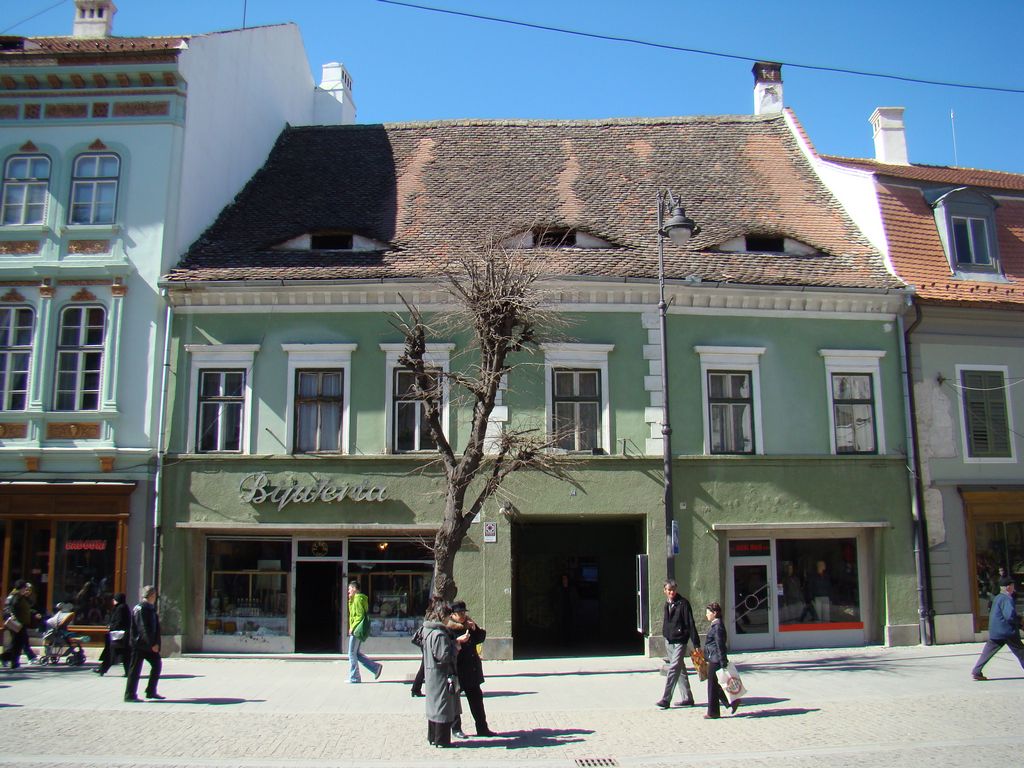 A basement, ground floor and upper floor house, which displays six windows upstairs with profiled frames and a cornice on the upper side. The ridged roof,with a parallel ridge to the front, displays three eye skylights. The street wing, keeps the medieval basements, cross-vaulted with double arches. In the attic it is still kept a Gothic triungiular pinion.

Among the stores which functioned at this address it is worth mentioning on the left side of the corridor, a jewelry shop, which was here since the 19th century in various companies and owners. The most well-known one was Erwin Csallner’s opened in July 1926 which functioned until after the war.