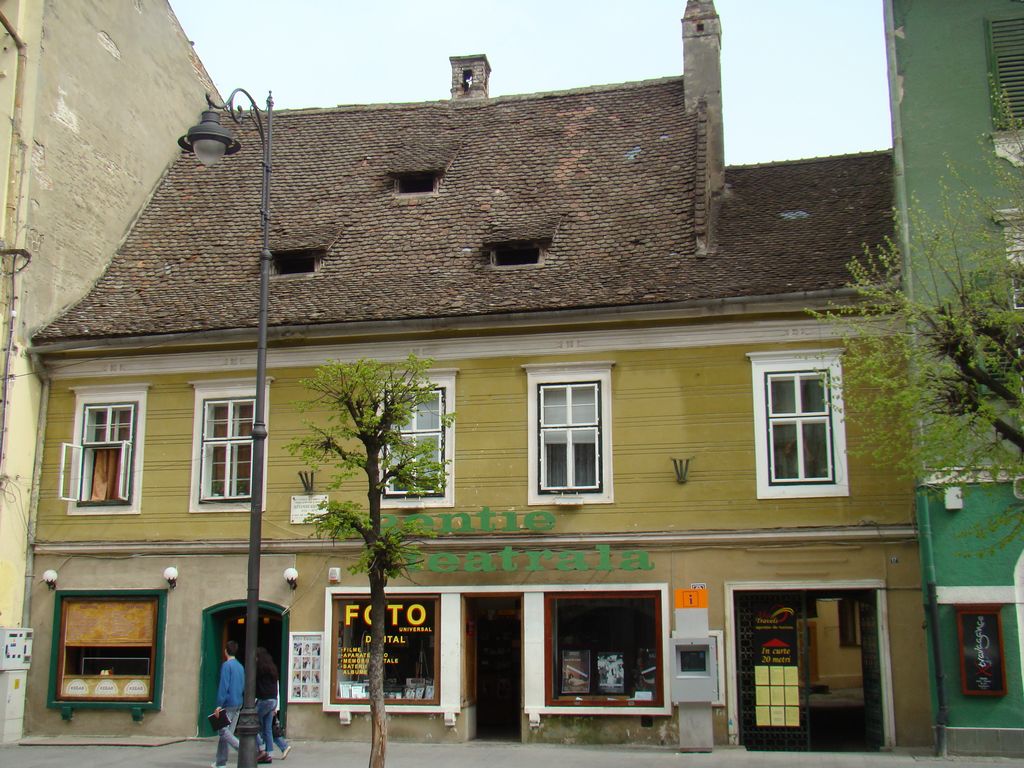 A set of four buidings which form together two patios. The street building is made up of basement, ground floor and floor. Upstairs there are five traditional windows with simple frames. The ridged roof, with three skylights covered by slope breakings and the round section basket.

In a room upstairs is kept a large ceiling festooned stucco

Here functioned the” Coroana Ungariei Hotel Hung” Hotel. Krone in the second half of the 19th century
Here was hosted on July 11th 1860 the writer Al. Odobescu for three days, and on March 5th 1866 Al. Ioan Cuza. A plaque on the building mentions the fact that “Alex. Ioan Cuza halted here on March 5th, 1866, on his way to exile”.
The DROTLEFF printing house and book store functioned in this building starting with 1850 and in 1922 merged with the KRAFFT Company, this role having been preserved by the State Polygraph Institute until 1974 when the building was remodeled for dwellings.