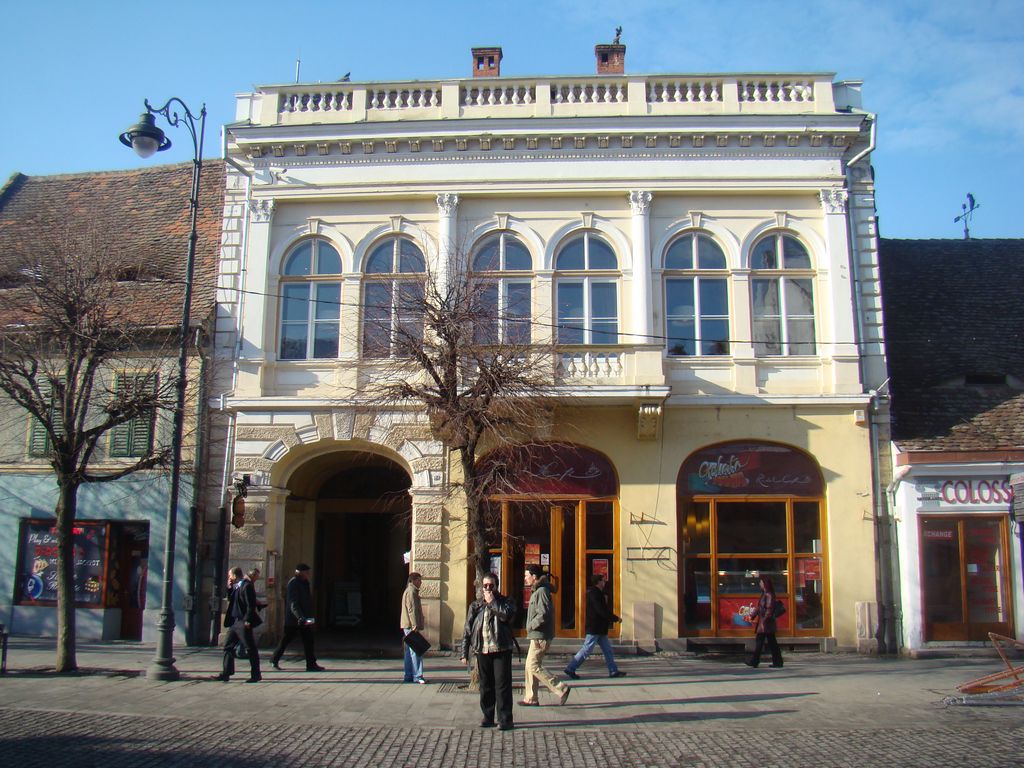 Basement, ground floor and upper floor house, which displays an organized facade on three bays. On the left, there is the entrance, cross-vaulted corridor. The facade displays a central balcony supported by three consoles. The ridged roof is hidden by a parapet with balusters separated by square pedestals.

- The original hardware of the gate keep in the middle the owner’s initials: CB and the construction year (1880)
- The three column facade with Corinthian capitals, which support an entablament
- The yard’s flowing is supported by Neogothic consoles (1880)
- The wind flag represents a stylized rooster (the end of the 19th century)

The house was built by Elisabeth and Constantin Bugarsky.
On the right, opened at the beginning of the 20th century the Romanian subsidiary of the Juliu Meinl company which was brought to Sibiu at the initiative of Ernst Leumann.