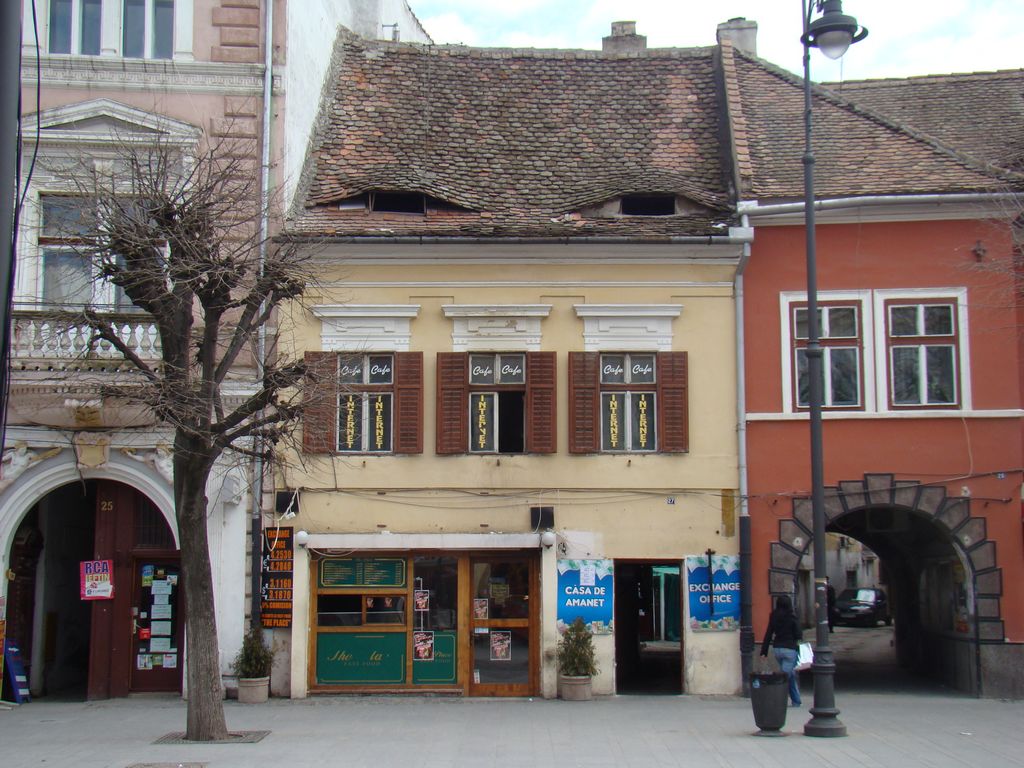 Basement, ground floor and upper floor house,built in the 18th century, on the place of an older house from which it was kept the basement and the ground floor. The three axes facade upstairs, with three rectangular windows, overlaid by an enablement, with a pronounced horizontal cornice. On the right of the floor there is the pedestrian access. Sharp ridged roof, with a ridgeparallel to the facade, two eye skylights.

At the end of the 19th century the house is bought by Karl Niedermaier who opens here a hat store. The house is owned by the Niedermaier family until the nationalization.