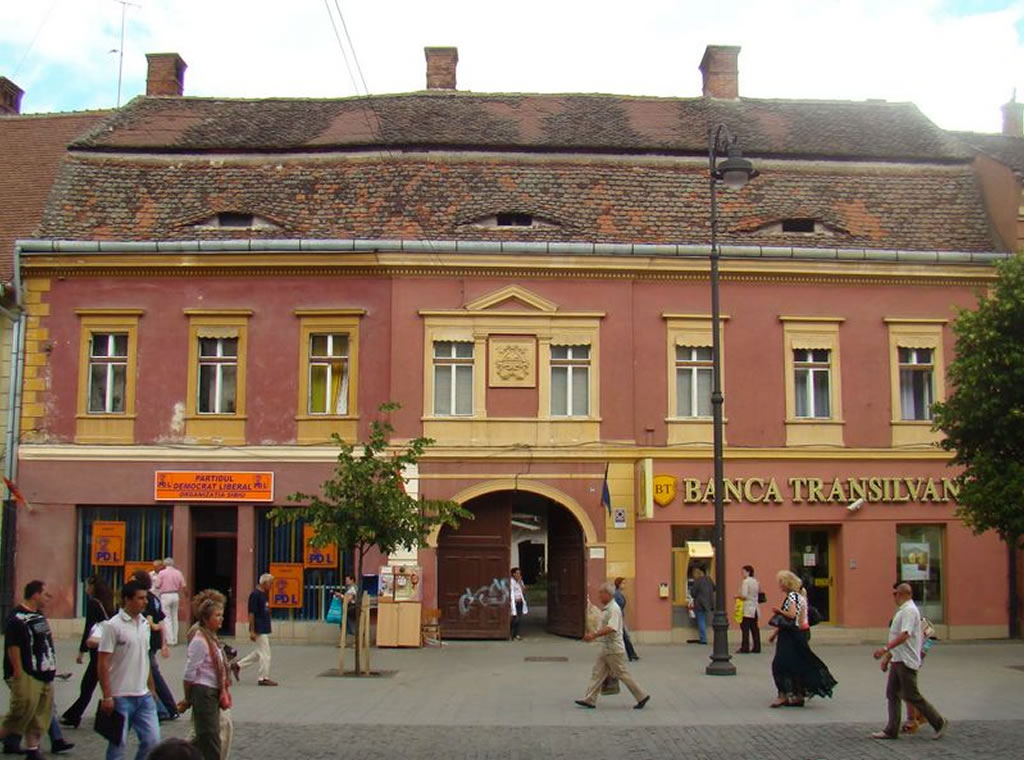 end of the 18th century

Three wings building, forming an enclosure. The main building has a symetrical facade, with eight windows upstairs. Ridged roof, with the ridge parallel to the facade,two level attic, with three eye skylights.

Until the end of the 19th century here was opened  Josef Lazar’s “Lazar Coffee House”. During the interwar period, on the right opperated Herma’s factory footwear shop, and since 1937 the Mode Kobori Clothing store is opened until the nationalization.