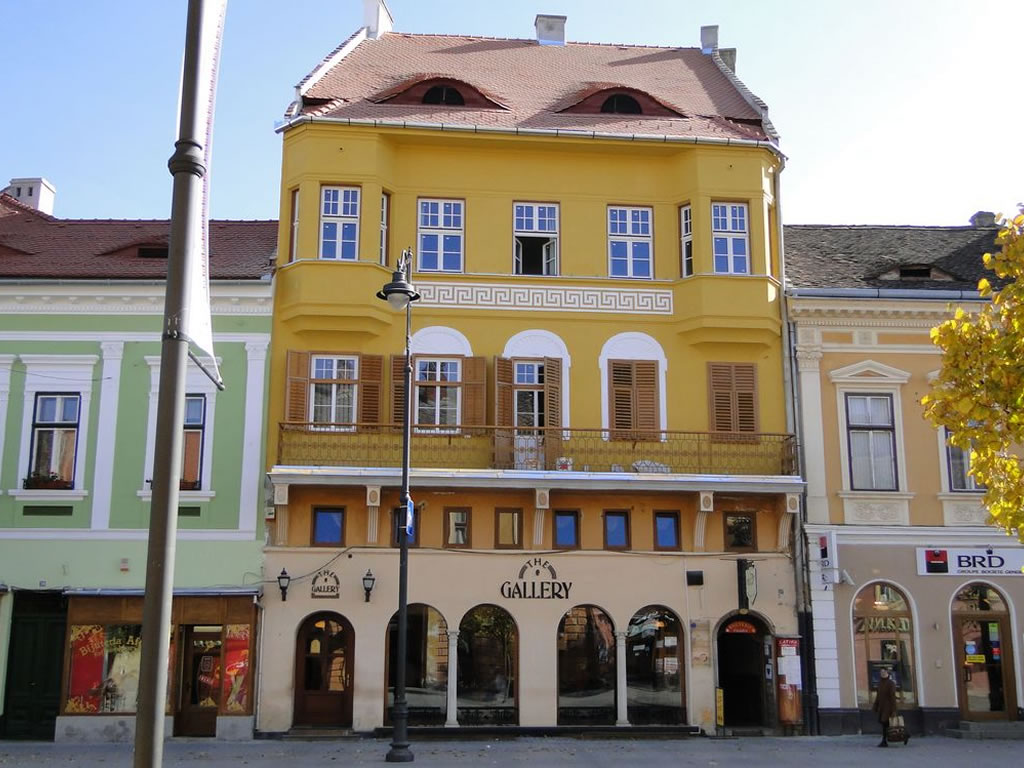 The first floor is structured on five axes with three central windows, surmonted by rays, semicircular rears, carried out of relief by plaster.in the middle there is an access door to the outside balcony, stretched to the entire width of the facade. The railing has the features of thelast quarter of the 19th century, with neoclassical elements.

On the extremities, the buiding is equipped with three-sides bowwindows. The eaves is pronounced, the ridged roof, with a less accentuated slope and two vaulted skylights.