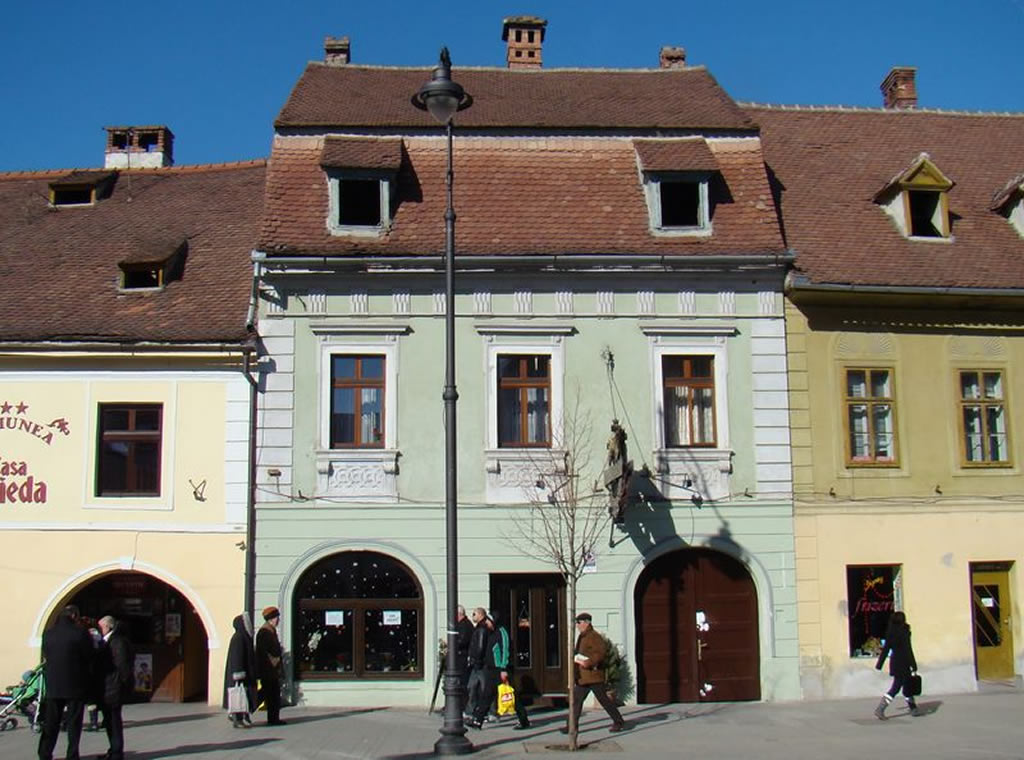 Three axes facade which displays on the right the cross-vaulted gateway, basket handle,later counterfeited by the shop window created on the left. High, two-level attic roof with two skylights, covered by slope breaking on the first level. Upstairs, Baroque ceiling decorations are still kept and in the attic a Gothic triangular pinion.

Around the year 1890 Emil Kirscher will open on the ground floor a snack and drinks restaurant. Towards the end of the century he buys the building and opens Unikum Restaurant- bodega which will keep the same space and name until  2011 being one of the most long-lived restaurants from Sibiu.
In September 1942 Maria Tanase used to sing here every evening, accompanied by MOTTI orchestra