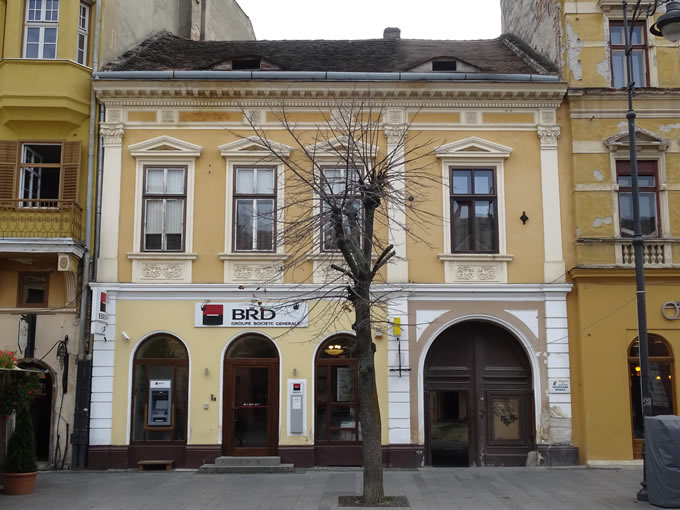 Basement, ground floor and upper floor house, with a four-axes facade.  The corridor gate has splined jamb frames, with a decorated lunette. Ridged, relatively flat roof, with two eye skylights. In the courtyard the wooden flowing with a hardwarerailing (the end of the 19th century). The medieval basement is kept.

Here lived  Aurel Brotte, manager at Transylvania, who was also the owner together with his sister Ana. After his death, the house remains to his wife who sells it in 1910 to the merchant Julius Wermescher.