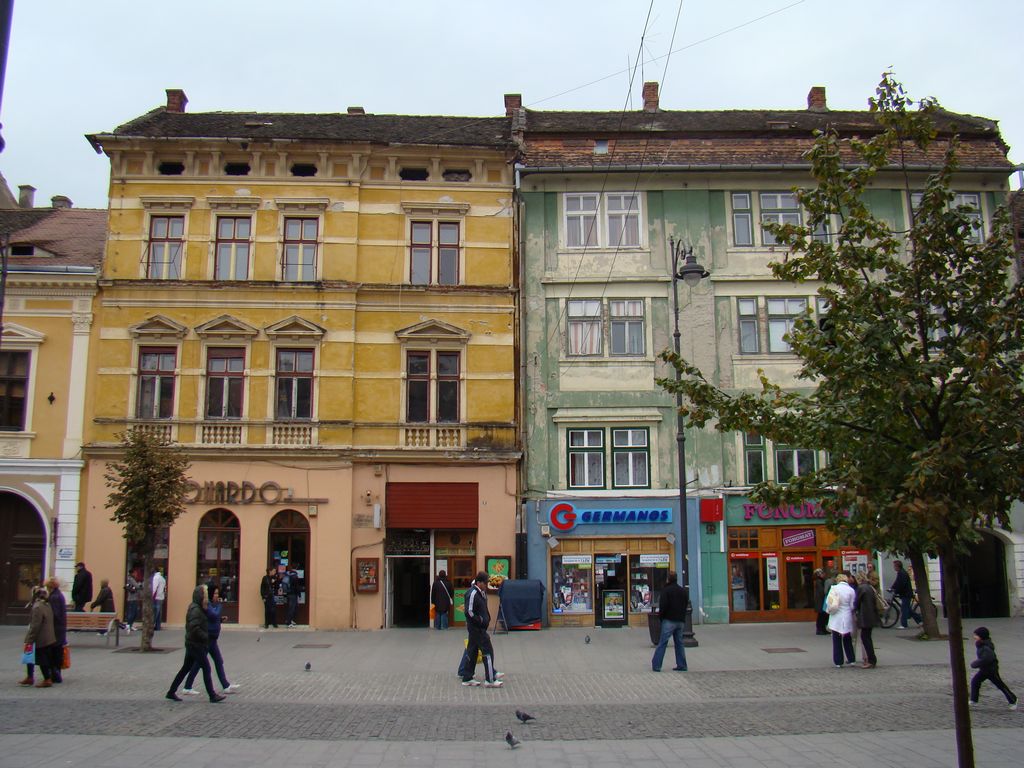 Basement, ground floor and two upper floors building. The facade facing the street indicates the presence of two clearly different stages: the modified ground and also the two upper floors.the windows are rectangular with a small railing and a triangular pediment. In one of the rooms: Neogothic stucco with the inscription: 1875.

The house was under the property of Jikeli family. Wilhelm Jikeli had in the middle of the 19th century a car warehouse. In 1875, Josef Jikeli  becomes the owner, and modifies the house adding another floor and opens a china and glassware store which will work here until the Second World War. Here will have the office in 1882 the society which deals with the city’s enrichment  Verschönerungsverein der stadt Hermannstadt. Friedrich Jickeli was the president.